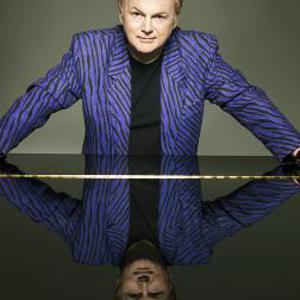 Michael Philip "Mike" Batt (born 6 February 1949, Southampton, England) is a British songwriter, musician, producer and Deputy Chairman of the British Phonographic Industry. He is best known for creating The Wombles pop act, writing the chart-topping "Bright Eyes," and discovering Katie Melua. Batt began his career in pop music at the age of eighteen as a signed artist with Liberty Records, having answered the same advertisement as Elton John and Bernie Taupin placed by Ray Williams in the New Musical Express.

Batt began his career in pop music at the age of eighteen as a signed artist with Liberty Records, having answered the same advertisement as Elton John and Bernie Taupin placed by Ray Williams in the New Musical Express. The talented youth quickly became part of Liberty's production team, and in 1969 he took over production duties from Noel Walker, on blues great McKenna Mendelson Mainline's seminal first release, Stink. Walker and Batt were credited on the album only as "Liberty Staff". Also in 1969, Batt released as producer/artist a Liberty single, his bouncy cover of The Beatles' "Your Mother Should Know". Batt subsequently became Head of A&R for Liberty Records.

Arguably his most famous success is Watership Down (including music and lyrics to Art Garfunkel's international number one single, "Bright Eyes", which won "Best Film Song or Music" one of his five Ivor Novello Awards. Criticized for being trite and overly sentimental, the song remains a radio favourite.

As a singer, his solo albums include Schizophonia and Tarot Suite (both with the London Symphony Orchestra). From these albums came the European hit songs ?Railway Hotel?, ?Lady Of The Dawn?, ?The Winds Of Change? and ?The Ride To Agadir?. He achieved #4 as an artist in the UK Singles Chart in 1976, with his single "Summertime City".

In 1980 Mike Batt released his next album, entitled Waves. In the same year, he went off with his family aboard his boat ?Braemar?, ending up in Australia after two and a half years, travelling via France, The West Indies, South America, Central America, Mexico, Los Angeles, Hawaii and Fiji. At the end of that journey, he wrote for the 50th anniversary of the Australian Broadcasting Company the musical Zero, Zero.

Returning to the UK in 1983, Batt wrote and produced three more Top Ten hits, "Please Don't Fall In Love" (for Cliff Richard), "A Winter's Tale" (for David Essex, with lyrics co-written by Tim Rice) and "I Feel Like Buddy Holly" (for Alvin Stardust).

The Hunting Of The Snark was successfully presented as a dramatised concert at Sydney's State Theatre with the Elizabethan Symphonia in 1990, and was produced as a musical in London's West End in 1991 with Batt designing and directing.

In 1995 he made another solo album for Sony Germany, entitled Arabesque.

He was then commissioned to write the official Anthem for the inauguration of the Channel Tunnel by The Queen, entitled "When Flags Fly Together". This was performed for the Queen and President Mitterrand, along with many senior politicians, by members of the choir of the Harvey Grammar School, Folkestone.

Batt composed and produced the four million-selling album The Violin Player with classical violinist Vanessa Mae (EMI Classics, 1995) from which the Top Ten single "Toccata and Fugue in D minor" was taken.

In 1997 Batt produced an album for soprano, Anna Maria Kaufmann, with the Royal Philharmonic; an original dramatic song cycle called Blame It On The Moon, from which his song, "Running With A Dream" was taken as the theme for Germany's national football team at the World Cup in June 1998.

Also in 1998, Batt produced, arranged and conducted the album, Philharmania with the Royal Philharmonic and guest singers included Roger Daltrey, Marc Almond, Bonnie Tyler, Status Quo, Huey Lewis, Kim Wilde, Justin Hayward and others. Later the same year Batt relaunched The Wombles pop group, with two hits, "Remember You're A Womble" (at number 13) and "The Wombling Song" (at number 22). In 2000 he collaborated with Roy Wood for a single which combined new versions of oldie Christmas hits by Wizzard and The Wombles, released as "I Wish It Could Be a Wombling Merry Christmas". Although loathed by most fans who could remember the originals, it was a UK Top 30 hit, thanks largely to generous TV exposure.

After conceiving and co-creating the all-girl string quartet "Bond" and producing their first single, he then created the eight piece classical crossover band The Planets. Their album Classical Graffiti was released in February 2002. and went straight to number one (classical charts) on the day of release and remained there for three months. Batt was sued for copyright infringement over the track "A One Minute Silence", which consisted of one minute of silence and was credited to "Batt/Cage". The publishers of John Cage's music alleged that the credit invoked Cage's famous "silent" piece 4'33", and that the trust was entitled to receive royalties. An out of court settlement was reached, with Batt paying a six-figure sum to the John Cage Trust.

Currently, Mike Batt is dedicating most of his time to guiding the career of singer Katie Melua from Georgia, formerly part of the USSR. Melua's album Call Off The Search (containing six of Batt's songs including "The Closest Thing to Crazy") was released in November 2003. It has sold over 1.5 million copies in the UK on the Dramatico label, and was one of the biggest selling albums of 2004, spending six weeks at No. 1 in the UK Albums Chart.

The Hunting Of The Snark

Lady Of The Dawn (Vinyl)

Lady Of The Dawn

The Winds Of Change