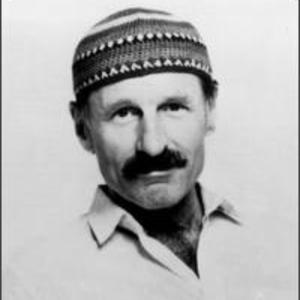 Josef Erich Zawinul (born July 7, 1932 in Vienna, Austria, died September 11, 2007 in Vienna) was a jazz keyboardist and composer. He was one of the front runners in the development of jazz fusion along with Chick Corea, Herbie Hancock, John McLaughlin and Miles Davis. Best known as the founder of the band Weather Report, with Miroslav Vitous and Wayne Shorter with whom he had previously recorded two albums as part of Davis' studio band, he also headed an ensemble called the Zawinul Syndicate.

Zawinul, along with Corea and Hancock, was one of the first to integrate electric pianos and early synthesizers like the ARP 2600 in 1973's Sweetnighter. Unlike Hancock, he didn't care much for the Minimoog. He was one of the first to use a Fender-Rhodes with a Phasing effect too and a Wah-Wah pedal. He was a perfectionist and as a result achieved a very contemporary and modern sound. He also has played the kalimba, on Weather Report albums Mysterious Traveller and Mr. Gone.

Classically trained at the Vienna Conservatoire, Zawinul played in various broadcasting and studio bands before emigrating to the U.S. in 1959, where he played with Maynard Ferguson and Dinah Washington before joining the Cannonball Adderley Quintet in 1961.

During his nine-year stint on keyboards with Adderley, Zawinul wrote the hit "Mercy, Mercy, Mercy." He also composed "Walk Tall" and "Country Preacher," the latter a tribute to U.S. Civil Rights Movement leader Rev. Jesse Jackson. In this title cut to the quintet's popular 1969 album release, Austrian-born Zawinul demonstrated a sophisticated and intimate understanding of the African/African-American concept of cool, of motion and interval. When "Country Preacher" debuted at a live recording session in Chicago at Jackson's Operation Breadbasket, it elicited enthusiastic cheers of immediate recognition from the mostly African-American audience.

In the late 60s, Zawinul recorded with Miles Davis's studio band and helped create the sound of the new Jazz fusion. Among others he played on the album In A Silent Way, the title track of which he composed, and the landmark album Bitches Brew, for which he contributed the twenty-minute track "Pharaoh's Dance" which occupied the whole of side one. Zawinul is known to have played live with Davis only once, on July 10, 1991, shortly before Davis' death.

Zawinul's biggest commercial success came from his composition Birdland, a 6-minute opus featured on Weather Report's 1977 album Heavy Weather. "Birdland" is one of the most recognizable jazz pieces of the '70s, covered by many prominent artists from The Manhattan Transfer to Maynard Ferguson. Even Weather Report's version received significant mainstream radio airplay ? unusual for them ? and served to convert many new fans to music which they may never have heard otherwise.

The Rise And Fall Of The Third Stream

Stories of the Danube