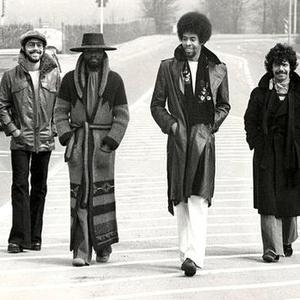 Return to Forever was the name of a jazz fusion band founded and led by keyboardist Chick Corea. The band cycled through many members, but the only consistent band mate of Corea's was bassist Stanley Clarke. Along with Weather Report and Mahavishnu Orchestra, these bands are often seen as the core of jazz fusion music in the 1970s. Several musicians, including Clarke, Flora Purim, Airto Moreira and Al Di Meola first became well-known through their performances on Return to Forever's albums.

After playing on Miles Davis's albums In a Silent Way and Bitches Brew, Corea formed an avant-garde jazz band called Circle with Dave Holland, Anthony Braxton and Barry Altschul. However in 1972, after becoming a disciple of Scientology, Corea decided that he wanted to "communicate" with the audience. This essentially meant that he wanted to make more commercial music, since avant-garde jazz had a relatively small audience.

The first Return to Forever band played latin-oriented music. The initial band consisted of singer (and occasional percussionist) Flora Purim, her husband Airto Moreira on drums and other percussion, Corea's longtime musical co-worker Joe Farrell on saxophone and flute, and the young bassist Stanley Clarke, who became the only constant member of the band apart from Corea. Especially in this first line-up, Clarke played double bass in addition to electric bass. Corea's electric piano was the leading instrument in this group's sound, but Clarke and Farrell were also given plenty of solo space. Purim's vocal gave some commercial appeal for their music, but many compositions were instrumental and more or less experimental in their nature. The music was composed by Corea with the exception of the title track of the second album which was written by Stanley Clarke. Lyrics were often written by Corea's friend Neville Porter, and were often related to scientology, though this is not necessarily easy to recognize for outsiders. Clarke was involved in Scientology through Corea, but left the cult in the early 1980s.

The first album, named simply Return to Forever, was cut for ECM Records in 1972 and was initially released only in Europe. This album featured Corea's famous compositions Crystal Silence and La Fiesta. Shortly afterwards, Corea, Airto, Clarke and Tony Williams formed the band for Stan Getz's album Captain Marvel (1972), which featured Corea's compositions including some from the first and second Return to Forever albums. The second album, Light as a Feather (1973), was released by Polydor and included the famous song, Spain.

After the second album, Purim and Moreira left the group in order to set up their own band. Farrell also left, and guitarist Bill Connors, drummer Steve Gadd and percussionist Mingo Lewis were taken on. However, Gadd was not willing to go touring and leave his job as a hard working studio drummer. Lenny White (who had played with Corea in Miles Davis's band) replaced Gadd and Lewis, and the group's third album, Hymn of the Seventh Galaxy (1973), was rerecorded. The first recording featuring Gadd was never released and is said to be missing.

The nature of the group's music had now completely changed to "jazz-rock", similar to what The Mahavishnu Orchestra and some progressive rock bands were doing at the same time. The music was still relatively melodic, relying on strong themes, but traditional jazz feel was almost completely gone. Distorted guitar had become prominent in the band's new sound, and Clarke played mostly electric bass. A new singer had not been hired, and all the songs were now instrumentals. This however, did not lead to a decrease in band's commercial potential - Return to Forever's jazz-rock albums always found their way to US pop album charts.

The second jazz-rock album, Where Have I Known You Before, (1974) was similar in style to the previous album, but Corea played synthesizers in addition to electric piano, and Clarke had developed his famous electric bass sound and style. Since Bill Connors had wanted to concentrate on his solo career, the group had also hired a new guitarist. Earl Klugh played guitar on some group's live performances but he was soon replaced by the 19 year old guitar wizard Al Di Meola, who played guitar on the album.

The next album, No Mystery (1975), was made with the same line-up as its predecessor, but the style of music was more varied. The first side of the record consisted mostly of jazz-funk, while the second side featured Corea's acoustic title track and a long composition that borrowed partly from Spanish music. On this and the following album, each member of the group composed at least one of the tracks. No Mystery won the Grammy Award for Best Jazz Performance by a Group.

The last album by the most long-lasting lineup of Return to Forever was Romantic Warrior (1976). By this time the group had left Polydor for Columbia Records. The album became the best selling of all Return to Forever albums, eventually reaching gold disc status. This album continued experiments in the realm of jazz-rock and related genres, and is also famous for its technically demanding playing.

The final version of Return to Forever featured a four piece horn section and Corea's wife Gayle singing vocals, and recorded just one studio album, Musicmagic (1977). The music had returned closer to the gentle feel of the music of the first line-up. However, instead of strong Latin influences, the last album features bombastic arrangements for horn section and synthesizers. Compositions remained relatively complex.

In 1983 the White/Di Meola line up returned briefly on the stage, but did not record a new album, only one track issued on Corea's Touchstone album entitled "Compadres".

Again in 2008, the classic lineup of Corea, Di Meola, Clarke, and White reunited for a reunion tour of the United States. The band's official Web site announced after the tour's completion that a concert DVD was forthcoming. In conjunction with the tour, the band released "The Anthology," a two-CD set collecting remastered versions of most of the band's songs from the four albums recorded with the Corea/Di Meola/Clarke/White lineup.

Return to the Seventh Galaxy: The Anthology CD2

Return to the Seventh Galaxy: The Anthology CD1