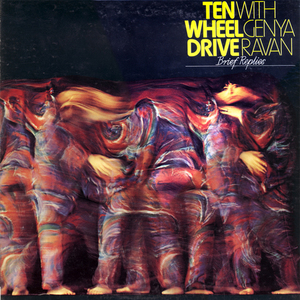 In 1968, after the final break-up of the all-female rock band Goldie & The Gingerbreads, Genya Ravan was looking for a new band, as were two New Jersey musicians and songwriters, Michael Zager and Aram Schefrin. Acquainted by their managers, the three musicians would become the nucleus of the new band. Their origins and artistic backgrounds were very different and at first the music was not to Ravan's liking.

Acquainted by their managers, the three musicians would become the nucleus of the new band. Their origins and artistic backgrounds were very different and at first the music was not to Ravan's liking.[citation needed]

More musicians had to be found for the rhythm and brass sections. With the exemption of Genya Ravan, only people who were able to read sheet music were hired.

In 1969 the band started to perform regularly and attract positive reviews, and comparisons were drawn between Genya Ravan and Janis Joplin.[citation needed]

At the same time, the Polydor record label was forming an American division. Its new President, Jerry Schoenbaum, closed a deal with Ten Wheel Drive, and together with producer Walter Raim the band released its first album, Construction #1.

Ten Wheel Drive's first big concert appearance was in 1969 at the Fillmore East in New York City. Apart from the band's intense musical presence, Ravan caused some excitement when she took off her transparent vest and continued the performance half-naked with painted breasts and shoulders.[citation needed]

In the summer of the same year, Ten Wheel Drive appeared at the Atlanta Pop Festival. On this occasion Ravan and Janis Joplin, who had previously often been compared, met in person for the second time, having first met at Steve Paul's club The Scene when Joplin sat in with the band.

In 1970, Ten Wheel Drive released their second album, Brief Replies, with producer Guy Draper. By then many of the brass musicians had also been replaced.

1971 saw Ten Wheel Drive performing at Carnegie Hall. The project consisted of a rock opera based on the Battle of the Little Big Horn and the history of the Native North American peoples. The American Symphony Orchestra and a choir participated in the project, which had been meticulously prepared. Polydor finally decided against the recording of the event and was later criticised for its bad judgement.[citation needed]

Also in 1971, the band's third album Peculiar Friends appeared, for the first time produced by Aram Schefrin and Michael Zager themselves. Genya Ravan's decision to leave the band and start her solo career at this time, was presumably influenced by the record company's attitude towards the Carnegie Hall concert. She was replaced by Annie Sutton of The Rascals. Aram Schefrin and Michael Zager later contributed to Genya Ravan's first solo album.

Ten Wheel Drive left Polydor and their fourth and final album, Ten Wheel Drive (1974), was released by Capitol Records. It includes one song which had earlier been composed by Genya Ravan with Aram Schefrin and Michael Zager, "Why Am I So Easy to Leave". With this record the already loose cooperation between the band's musicians ended.