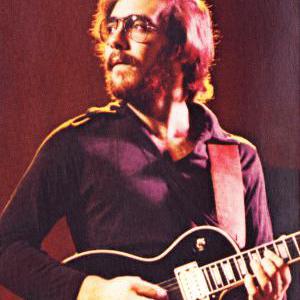 Al Di Meola's highly celebrated career has spanned a wide range of emotions into a unique style embodying the artists world inspired influences. From the velocity and heat of his early solo efforts to the challenge and triumph of the "Di Meola / McLaughlin / De Lucia (Guitar Trio)", from the Brazilian explorations of "Cielo e Terra" and "Soaring Through A Dream" to the global romanticism and Tango inflection of Al's acoustic group "World Synfonia" (self titled debut) and the 2nd "World Sinfonia" recording Heart of the Immigrants.

From the beginning of his solo career, where records like "Land of the Midnight Sun", "Elegant Gypsy" and "Casino", were amongst the highest selling records of any instrumental artist at that time. Al Di Meola continues to make, with respect, startling achievements in music pioneering while the decline of U.S. radio continues to elude most interesting contemporary music.

Al Di Meola, again and again, reveals himself as a seasoned gifted contemporary composer and a player of deepening grace and evocative lyricism. He has been continually sited by many of the top prominent Music critics around the world for his virtuosic guitar work and compositions. Al's intrigue with complex rhythmic syncopation combined with provocative lyrical melodies always incorporating, sophisticated harmony at the root of these serious but heart felt works is central and foremost.

His awesome technique and musical depth can be traced back and is world renown with his debut with Chick Corea and "Return to Forever" in 1974. In 1980, marked the triumph of the "Super Guitar Trio" with Paco De Lucia and John McLaughlin. The record "Friday Night in San Francisco" became a landmark recording resulting in wide acclaim. The result of which, surpassing two million records in sales. They toured from 1980 through 1983 and reunited for a 3rd CD "Guitar Trio" in 1996 follow by a world tour. In early 1996, Al Di Meola formed a new trio with the likes of jean Luc Ponty, and Stanley Clarke (The Rite of Strings).

Di Meola has assembled what he describes as his "best group by fit in my career". The name of this new group is the "Al Di Meola World Sinfonia 2000". Featuring musicians from Argentina, Cuba and Israel.

He has recorded over 21 records (CD's) of his own including his new solo acoustic guitar record "Winter Nights". A very intimate recording of Di Meola himself alternating between two gorgeous vintage acoustic guitars and a bandura (a 48-string harp like instrument) played by a musician from Ukraine named Roman Hrynkiv. The music is centered on a holiday winter theme with songs ranging from four originals, four Christmas related pieces and two well-known pop pieces. One being "Mercy Street" by Peter Gabriel and "Scarborough Fair" by Paul Simon. Di Meola's choice of music on this record combined with his originals has a particular concurrent thematic mood.

Al believes this record is audibly the best sounding record he's ever recorded. In addition to Roman Hrynkiv on bandura, Hernan Romero, Al's friend and musical partner is assisting with production and acoustic rhythm guitar on two tracks.

As "World Sinfonia" and "Heart of the Immigrant's" evocative melodies and rhythmic diversity were greatly influenced by the late Argentinian tango master Astor Piazzolla. On "Kiss My Axe", "Infinite Desire" and "Orange and Blue", he shows a broader cultural and musical scope. However, the friendship between Astor Piazzolla and Al Di Meola before his death, greatly moved the guitarist into deepening his considerable ties to the music of Argentina and the classical world. "Piazzolla had a profound effect on my development as a musician and as a person. We became close friends often communicating by mail, which later during the coarse of this my admiration and desire to learn more about this great man intensified." "Chick Corea is also another major influence in my life, he has always been a wonderful supporter, major musical inspiration and a friend." "Playing with chick was the first significant step in my development as a player."

Born in an Italian family, then, while growing up in Jersey City, NJ, United States, young Al Di Meola divided his time between guitar lessons and hanging out at the local salsa clubs. Influenced greatly by jazz guitarist Larry Coryell, Di Meola enrolled at Berklee College of Music in Boston, where his marathon practice sessions are still the stuff of legends (Al continues to be the technical master by which other guitarists are measured). "We had three guys in one space; one in one room, one in the bathroom and I got the closet". After a brief stint with keyboardist Barry Miles, Di Meola, at 19 was tapped by Chick Corea in 1974 for "Return to Forever". His star quickly ascended.

Twenty-One recordings, countless awards, (including three gold albums) and six million albums later, Al Di Meola is still challenging himself and his music. "Infinite Desire" his 1998 release, "Winter Nights" the end of 1999 release," World Sinfonia 2000, The Grand Passion" the 2000 release and "Flesh on Flesh" his May of 2003 release.

Due in September 2006, his fifth Telarc release, Consequence of Chaos, offers a contemporary set of 15 original compositions and guest appearances by pianist Chick Corea, drummer Steve Gadd, keyboardist Barry Miles, and bassist John Patitucci, among others.

Diabolic Inventions and Seduction for Solo Guitar, Volume I, Music of Astor Piazzolla