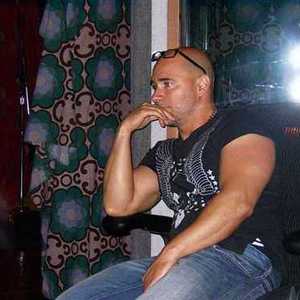 Warren Bruce Cuccurullo (born December 8, 1956 in Brooklyn) is a rock and pop guitarist who has worked with Frank Zappa, Duran Duran, and Missing Persons. Cuccurullo grew up in the Canarsie neighborhood of New York City. He began playing drums and guitar as a young child. The Zappa Years In his teen years, Cuccurullo became a fan of Frank Zappa and began travelling to every show within reach, eventually appearing with the band on stage at a couple of shows as well as in the 1979 Zappa film Baby Snakes.

The Zappa Years
In his teen years, Cuccurullo became a fan of Frank Zappa and began travelling to every show within reach, eventually appearing with the band on stage at a couple of shows as well as in the 1979 Zappa film Baby Snakes. He impressed Zappa by knowing the guitar parts to every Zappa song in the catalog, including the strangest sounds and most bizarre time signatures.

Among Zappa's touring players were drummer Terry Bozzio and bassist Patrick O'Hearn. Cuccurullo became friends with them, and remained in touch after the tour ended. In December of 1978, Cuccurullo was invited to audition as a guitarist for Zappa's new road band, and toured Asia and Europe for four months. After the tour, he returned to the studio with Zappa to work on parts of the Joe's Garage albums. There Cuccurullo met Terry Bozzio's new wife Dale, who also sang a few parts on the album. Afterwards Cuccurullo and Dale Bozzio began writing songs together, and eventually convinced Terry that they should launch a band together.

The Missing Persons Years
In 1980, Cuccurullo and the two Bozzios formed Missing Persons, added Patrick O'Hearn and Chuck Wild, recorded a 4-song EP entitled Missing Persons, toured, promoted the EP, and appeared in the movie Lunch Wagon. Two years of hard work led up to a signing with Capitol Records in 1982, the release of the album Spring Session M, and the subsequent success of Missing Persons on radio and MTV. The singles "Mental Hopscotch", "Destination Unknown," "Walking in L.A.," "Words," and "Windows" all met with success. They appeared at the all-day Southern California concert, the US Festival in May 1983. Cuccurullo received accolades as a powerful and innovative guitarist, although playing straightforward pop used only a fraction of his abilities.

In 1984, Cuccurullo invented a new type of guitar he called the "Missing Link", and used it on the experimental album Rhyme and Reason (1984). The band followed up with the more conventional Color In Your Life in June 1986, but almost before the promotional tour could begin, increasing tensions between Terry and Dale Bozzio led to the end of the tour, the band, and the couple's marriage.

On his own again, Cuccurullo began recording some music in his bedroom that would eventually be released on his solo album Machine Language.

The Duran Duran Years
Missing Persons shared their label Capitol Records with British band Duran Duran. As Missing Persons fell apart, Bozzio and O'Hearn were approached by Duran guitarist Andy Taylor in Los Angeles for work on a solo album. In this way, Cuccurullo learned that Taylor didn't intend to rejoin Duran in England to work on their next album, even before the rest of Duran Duran knew. Cuccurullo sent a tape and a request for an audition, but was turned down, with some puzzlement.

As it became clear that neither enticements nor lawsuits would get Taylor back in the studio, Duran Duran did hire Cuccurullo as a session guitarist to complete the album Notorious. He went on to tour with the band, and returned to contribute his increasingly experimental guitar work to the album Big Thing. At the end of the grueling ten-month Big Thing world tour, Cuccurullo was made an official member of the band, and moved to London. Shifting record label politics and the unsuccessful album Liberty almost derailed the band, but after Cuccurullo offered them the use of his home studio ("Privacy") in Battersea, Duran Duran was able to shift to a more comfortable and controlled music-making style.

Cuccurullo's songwriting, guitar skills and driving personality contributed to the band's return to fame with 1993's Wedding Album. He was the primary composer of the hit singles "Ordinary World" and "Come Undone", although the lyrics were written by Simon Le Bon. He created new arrangements for many of the band's old hits for the acoustic-flavored tour that followed, as well as arranging full acoustic pieces for the piano and six-piece string section that performed with them on the MTV Unplugged show. After Frank Zappa's untimely death in December of 1993, Cuccurullo performed the instrumental guitar piece "Watermelon in Easter Hay" (from the Joe's Garage album) in his honor at several Duran Duran shows.

Tentative plans for a Missing Persons reunion in 1994 were shelved over remaining tensions between former band members.

Cuccurullo continued to hold Duran Duran together during the band's lean times in the 1990s. The covers album Thank You (1995) was an attempt to keep the peace among band members who had increasing trouble writing music together. Medazzaland (1997) and Pop Trash (2000)?written after the departure of bassist John Taylor and Duran Duran's separation from Capitol Records?featured more of Cuccurullo's songwriting, as well as some reworked TV Mania material, but failed to dent the charts.

Solo and Collaborative Work
During breaks in Duran Duran's schedule, Cuccurullo worked with Tetsuya Komuro, Shankar and Patrick O'Hearn. In 1994, the preparations for a solo show near his hometown led to a burst of creativity; he recorded and mixed the Thanks 2 Frank album in less than ten days, with bassists Pino Palladino and Nick Beggs and ex-Zappa drummer Vinnie Colaiuta. The album was finally released on Imago Records in 1996.

Cuccurullo also collaborated with Duran bandmate Nick Rhodes on a large scale vanity project they called TV Mania, an experimental rock opera (not yet released except for a few songs on Warren's website and in the movie Trollywood). The two of them also wrote and recorded a song called "Last Day On Earth" with vocalist Tessa Niles for the James Bond film Tomorrow Never Dies. The song wasn't chosen, so Duran Duran re-recorded it for the Pop Trash album. In December 1996, Rhodes and Cuccurullo wrote and produced two songs for a never-completed Blondie project ("Pop Trash Movie" and "Studio 54"); the re-recording of the former gave the Pop Trash album its name.

In 1997 Cuccurullo completed Machine Language, an ambient instrumental guitar album, also released on Imago. He followed up with a live album, Roadrage in 1998 (on Bandai Records). The Blue (recorded with Shankar in 1992) was self-released in 2000. Another ambient album, Trance Formed, was released on One Way Records in 2003.

Missing Persons Redux
Beginning in 1997, Cuccurullo began a campaign to get some of the early Missing Persons material reissued. This resulted in the release of Late Nights Early Days in 1998, a live concert recorded in 1981, with the added 1980 studio track "Action/Reaction". This was followed up by a compilation of modern remixes of classic MP tracks, Missing Persons Remixed Hits (1999). Rhyme and Reason and Color In Your Life were finally issued on CD in 2000. There were two releases in 2002: Classic Remasters is a compilation of remastered tracks and dance mixes issued by Capitol Records, and Lost Tracks is another collection of old and new MP live tracks issued by One Way Records.

In December of 2000, Cuccurullo again began discussing a Missing Persons reunion with Dale Bozzio, and this time it seemed more likely to come to fruition. In May of 2001, he formally left Duran Duran (who had told him of plans to reunite with their own original guitarist and drummer). The new Missing Persons, consisting of original members Warren Cuccurullo and Dale and Terry Bozzio, with keyboardist Ron Poster and bassist Wes Wehmiller, did some promotional activities and live performances in July of 2001, but the reunion did not last long. Two attempted additional concerts were cancelled at the last minute when first Terry and then Dale dropped out of the project. A TV appearance and three successful shows were put on in late 2002 and early 2003 (with drummer Joe Travers standing in for Terry Bozzio), but finally Cuccurullo declined to participate any further.

Recent Activities
Cuccurullo, long known to fans to have a vigorous and exhibitionist personality, took the plunge into adult print in 2000, appearing in a nude photo spread in Brazilian gay publication, G magazine.

In the summer of 2002, he purchased a Santa Monica, California, Italian restaurant called Via Veneto. It has become a Los Angeles-area hotspot and a favorite with celebrities. Around the same time as the restaurant purchase, he became involved with a Vietnamese woman. Shortly after this, he decided to remove all adult material from his website.

Late in the summer of 2003, he experienced a spiritual epiphany after a serious illness and returned to focusing on music full time. His recent projects, while still mostly guitar-based, are designed to be a trip through diverse musical styles and his new views on life. Collaborating with a variety of partners, he has three as-yet-unreleased projects: a concept album titled N'Liten Up, Chicanery (with vocalist Neil Carlill), and Playing With Tongues, a musical reunion with drummer Terry Bozzio. Playing in Tongues is set to be released on CD sometime soon.