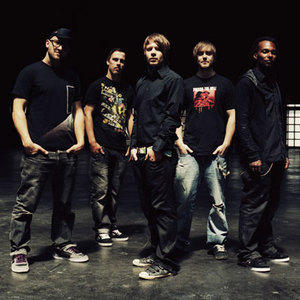 Emil Bulls is a crossover band hailing from Munich, Germany , which was founded in 1995. Current members: Vocals, guitar: Christoph ?Christ? von Freydorf Bass: Jamie ?Citnoh? Richardson Guitar: Stephan Karl ?Moik? Guitar: Andy Bock (since 2009) Drums: Fabian ?Fab? F?? (since 2003) ?This is the time, this is the place for great revenge. This is the day to say fire-fuck you.? ?It's over now. ... It's unbelievable, now I just feel newborn.?

?This is the time, this is the place for great revenge. This is the day to say fire-fuck you.? ?It's over now. ... It's unbelievable, now I just feel newborn.?

Two lines from the new Emil Bulls album representing the band in 2005. One openly offensive and loud-mouthed , the other one proudly embracing life. Two lyrical statements of self-esteem to bring on the comeback. Emil Bulls are back. ?The Southern Comfort? is the most serious and autonomous album so far. Or to make it short: 100% Bulls.

?The Southern Comfort? can be understood as a kind of motive for the entire production. Instead of wandering off to distant production facilities such as Spain or Sweden, as was the case with previous albums, the Bulls stayed at home this time. Most Songs were written in a small place near Chiemsee, next to the Bavarian Alps.

Bulls-singer Christoph: ?Even though or rather because we were so crammed in that place, we wrote 17 brand-new songs in only two weeks. That was a really special atmosphere.? In the midst of this alpine refuge the band got to relax and head in any musical direction that would come up. No limitations, no conventions, no pressure. Early raw-versions were recorded at the bands rehearsal-place on the outskirts of Munich. The album itself was produced in a small Studio in town ? produced, recorded and mixed by Klaus Scheuermann, singer and guitarist for the Punkrockers Farbe Funf.

Bulls-guitarist Chrissy: ?Klaus, being a multi-instrumentalist, worked very song-oriented during the production-process. We would just work on the songs and arrangements until they really turned out the way we had envisioned them.?

To sign a deal with the Munich-based label Pirate Records seems like an obvious step in developing the identity of this album. ?The Southern Comfort? was produced in a joint-venture with the new American label Track 1, who will be taking care of international sales.

?The Southern Comfort? is the current peak of a development, which was kicked off by the cancellation of the old record-deal in 2004. Half a year later the old drummer Fini quit the band to pick up studies at the University.

Each of these events could have resulted in the dissolution of any band. But things took a different turn for the Emil Bulls, when drummer Fabian Fuss heard of the vacant drum stool and offered to join the band.

Fab's first trip with the band took him to Canada and New York, where Emil Bulls played at the legendary CBGB's Club, before heading to Bachham near the beautiful Chiemsee. A place inspiring enough to make it onto the album as a song title.

The music itself though is not at all relaxed or cosy, apart from the intro with its horns and drumrolls. The aforementioned opener ?Revenge? breaks loose like a storm, contrasted by the ironic realisation ?Our excesses are known our success is not?. This proves both the musical seriousness as well as lyrical wit.

A second example: The acoustic song ?Friday Night?. Musically as well as lyrically fragile and explicit. A further highpoint to be mentioned is ?Newborn?. Great College-Poprock and probably the most positive Bulls-song ever.

Another rumbling masterpiece of rock can be found ?At Fleischberg's?. A bar where anything is possible. ?Nothing exceeds like excess?. Fleischberg's might be just around your corner?

And then there's ?Mongoose?. A song close to being cheesy, with a chorus that will open the sky for you. And ?Bachham? with its hymn-like hookline and sci-fi synthesisers. These and other samples and sounds were created by DJ Zamzoe, who will not join the band on tour anymore though.

After seven years as a soundfreak he realised his dream of being in a studio, working with ? sounds.

A critics favourite game ? pigeon-holing ? won't work here. No other band sounds like Emil Bulls. Prove me wrong and I'll get you a beer. Cheers or as we say in Bavaria: Ein Prosit!

More information, media and merchandising can be found at their official website, www.emilbulls.de/.

Those Were The Days: Best Of & Rare Tracks CD2

Those Were The Days: Best Of & Rare Tracks CD1