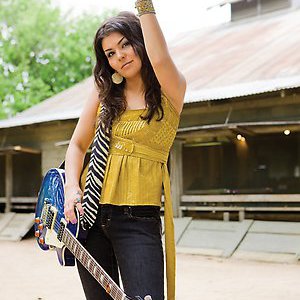 Crystal Shawanda is a country music singer-songwriter from Wikwemikong, Ontario, Canada. CMT documented her rise to fame in the six-part series Crystal: Living the Dream, which aired in February 2008. Signed to RCA Records in 2007, she released her debut single, "You Can Let Go," in Canada in January 2008. It is the fastest climbing single on the Canadian Country Singles Chart since Carolyn Dawn Johnson's "Georgia" in 2000, reaching the Top 10 in 5 weeks. It was released in the United States on March 17, 2008.

Shawanda's debut album, Dawn of a New Day, was released in Canada on June 24, 2008. It will be released in the United States on August 19.

Shawanda is a full-blooded Native North American from the Ojibwe tribe, her surname, Shawanda, translates to "Dawn of a New Day."

Fish Out Of Water

The Whole World's Got The Blues

Dawn Of A New Day