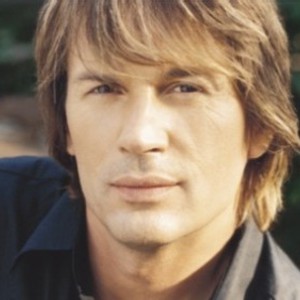 Rockie Lynne has appeared nationally on ?Good Morning America,? CMT, GAC, The Grand Ole Opry ?Live? and Fox News. His debut single, "Lipstick," was a top 30 hit and spent an impressive 10 consecutive weeks in the No. 1 slot on Billboard's Country Singles Sales chart. Lynne first made a name for himself when he released his critically acclaimed debut CD on Universal Records South in 2006. Lynne wrote or co-wrote all of the songs on his self-titled debut, and was named a ?breakout artist? by ABC-TV's ?Good Morning America.

Lynne first made a name for himself when he released his critically acclaimed debut CD on Universal Records South in 2006. Lynne wrote or co-wrote all of the songs on his self-titled debut, and was named a ?breakout artist? by ABC-TV's ?Good Morning America.? Billboard named him their artist ?Most Likely To Succeed? and he has made countless media appearances, including performances on GMA's Summer Concert Series and 11 appearances on the Grand Ole Opry.

Lynne recently signed with record label Robbins Nashville, which released his new single, ?I Can't Believe It's Me,? Jan. 14. Lynne co-wrote and co-produced the song.

With a life long interest in music, this native of Statesville, N.C., has been singing and writing music since the age of 14. After high school, he joined the Army, where he served for six years in the 82nd Airborne. After leaving the military, he starting playing clubs, and quickly earned an enthusiastic following for his crowd-pleasing live show, and his chops as a lead guitarist.

Lynne, whose electrifying live performances have garnered him a fiercely loyal fan base, spent the better part of 2007 touring and writing songs for his upcoming release. Over the last year he has headlined his own shows at fairs and festivals, as well as opening for Carrie Underwood, Sugarland, and even Gregg Allman.

For the last four years, Lynne has hosted an annual motorcycle ride called "Tribute To The Troops," where riders visit the homes of all of Minnesota's fallen soldiers to acknowledge the families for having made such an honorable sacrifice.


What The Media Has Said About Rockie:

?The next big thing in country could be Rockie Lynne." -Philadelphia Daily News

?Musical and entertaining from start to finish, this debut presents a young country singer with vast potential and plenty of resourcefulness already.? ???? -People Magazine

?He seems poised for stardom...helped along by his fierce work ethic, telegenic face and most of all, his triple-threat talent as a singer, songwriter and guitar whiz.? -Billboard