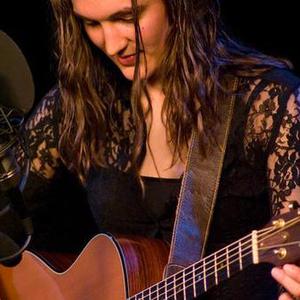 Born and raised in Missoula, Montana, Liz Carlisle paid her way through Harvard University in just about every way imaginable. "I took a snow shoveling job my freshman year and spent my first college Thanksgiving cleaning dorm room toilets,? she remembers. Missoula knows Liz as a talented high school athlete and a dedicated volunteer. They remember when she appeared on The Today Show to share the inspiring story of her blind physics teacher.

From her earliest years, Liz remembers singing along with her father, who played acoustic guitar. She led the drum section in her high school marching band and sang soprano in choir. At age 17, Liz began taking guitar lessons from her father and brought her first used guitar with her to college. "That was probably the one thing that saved me from being homesick," she said. "I could take that guitar out and play 'Just To See You Smile' or 'Fire and Rain', and feel like I was home somehow."

When Liz started writing her own songs, her father's folk music blended with the country music she'd always loved on the radio in Montana. She began working with producer Russell Wolff in Boston, adding additional influences and a strong musical underpinning to her impassioned stories.

When Liz began performing live in Boston as a sophomore in college, she simply won people's hearts with her genuineness, energy, and passion for human stories. Within a year, she was a familiar face on the local music scene, fast gaining national attention as well. Her first CD, Five Star Day, garnered considerable radio play and press attention from major media like the Boston Globe, Associated Press, Washington Post, and BBC. During her last year at Harvard, Liz attended classes, completed a senior thesis, and played over 100 shows. "It wasn't easy," Liz admits, "but I really believed in what I was doing."

After graduation, Liz left her books behind to pursue music full time. While continuing to perform acoustic shows, she got her first opportunity to open for the country artists who had inspired her since childhood. First it was a concert with Sugarland, then a show with The Wreckers - soon Liz was opening for LeAnn Rimes, Travis Tritt, Lonestar, Diamond Rio, Steve Holy, Miranda Lambert, and Hal Ketchum - in venues all over the country.What you're listening to here is Liz's first Nashville record. She is releasing it less than a year after she turned in her last college paper. And what else could she call it, really? Big Dreams!