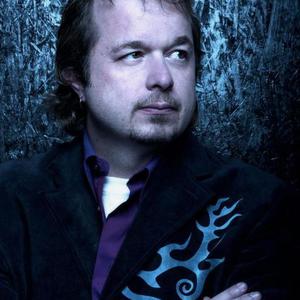 Corciolli was born in the city of S?o Paulo, and began his musical studies at age thirteen. In addition to the electronic organ and classical piano classes, he developed a deep interest on synthesizers sound possibilities. In 1986, working as a professional musician, he went to the architecture college, graduating in 1990. During these years, he played with Brazilian master bass player Celso Pixinga and with the blockbuster band Espirito Cigano. He also produced his first CD ALL THAT BINDS US. With this album, he established the Azul Music record company, in 1993.

In the following years, he produced albums distributed attached to important Brazilian magazines, promoting and selling instrumental music in large scales. In 1995, he released his second CD UNIO MYSTICA, a musical suite in 7 movements that presented alchemical texts in Latin, Gregorian chants and orchestral arrangements. This album brought him international projection, being blessed by Pope John Paul II and released in 27 countries.

In 1996, he was invited by the Tibetan Monks of Gaden Shartse to perform two memorable nights at the Latin America Memorial, at S?o Paulo city. Afterwards, he recorded with them the album THE NEW MOON OF EAST, an exquisite meeting between Tibetan sacred music and western music. In 2000, he released the Tudoazul collection: 10 albums inspired in the main alternative therapies and ancestral systems of knowledge. The whole collection became a national best-seller. Also, he released EXOTIQUE (1998), UNIO CELESTIA (1999), ART OF SEDUCTION (2001) and UM OLHAR (A Glance) (2004)

With several albums released all over the world, featuring music in collections with Vangelis, Yossou N?Dour, Dead Can Dance, Hans Zimmer, Secret Garden, Era, Enigma, Sarah Brightman, Luciano Pavarotti, Jose Carreras, Placido Domingo among others, Corciolli music is inspired and unique. His work is revealed in the rich subtlety of details which unite the traditional to the contemporary; the acoustic to the electronic. For him, music must not be imposed by limits, rules or styles. Its got to move, and to charm, by its own.

No Time But Eternity

The Harmony Of Feng Shui

Music Of The Shamans