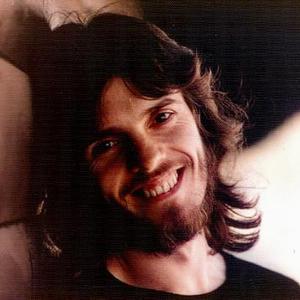 Matthews' Southern Comfort was a British folk-rock band led by Iain Matthews (known in the 1960s first as Ian McDonald, and from the late 1960s until 1989 as Ian Matthews), an English musician and songwriter. They had one commercial success: in 1971 their cover version of "Woodstock" (written by Joni Mitchell) was a number one hit single in the UK and saw heavy airplay in Canada, as well as reaching #23 in the US.

Matthews was an early member of Fairport Convention. As Fairport drew increasingly from a British traditional folk repertoire, in 1969 Matthews found out he had not been invited to a recording session and, after a short discussion with Fairport leader Ashley Hutchings, departed toward a musical direction of his own.

With Fairport members Richard Thompson, Simon Nicol, and Ashley Hutchings, together with drummer Gerry Conway (of Fotheringay and later of Fairport) and pedal steel player Gordon Huntley, Matthews recorded his first solo album, Matthews' Southern Comfort, whose sound was rooted in American country music and rockabilly. This was Matthews' first significant experience as a songwriter, although the band also covered the likes of Neil Young and Ian and Sylvia.

Matthews then formed a working band using the name of his first album and recorded the albums "Second Spring" and "Later That Same Year". The band went through several different lineups and toured extensively for the next two years, to general critical acclaim. They had one commercial success: a cover version of "Woodstock" (written by Joni Mitchell) was a number one hit single in the UK and saw heavy airplay in Canada, as well as reaching #23 in the US in 1971. Afterwards, Matthews split with Southern Comfort, who went on to release three albums of their own on Harvest Records.

2010 - Present
In September 2010 Matthews Southern Comfort released the first album in 40 years 'Kind of New'. This was also Matthews return to a major label. In 2011 a tour was planned throughout Europe. To accompany the tour a Live EP was recorded 'Kind of Live'. The current Matthews Southern Comfort, a quartet, features an all Dutch lineup. With guitarist and songwriter BJ Baartmans, keyboardist Bart De Win and songstress Elly Kellner and Iain Matthews.