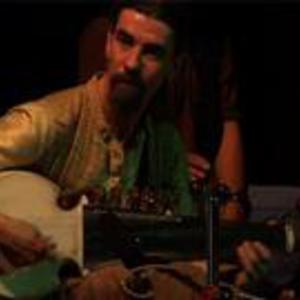 Born in the UK, Chinmaya Dunster is an established recording artist whose music blurs the boundaries between cultures. After discovering the sarod in 1979, he embarked on a fifteen-year training in Indian Classical music. Along with his backing ensemble, the Celtic Ragas Band, he has since found a unique way to merge Indian music with Western folk music. This has drawn accolades from, amongst others, Sir Paul McCartney, who invited Chinmaya to perform at his wedding in 2002.

Whether he's wearing the hat of the innovator or the traditionalist, every album from Chinmaya Dunster is filled with surprises. ?I'm a natural explorer,? he says. ?I hope that the listener can feel that my music is about evoking depth and the inner world of silence.?

Chinmaya's love for India has lead him to dedicate three years to making the film ?CONCERT FOR INDIA'S ENVIRONMENT'. As director, editor, cameraman and interviewer, as well as score composer, he has had to develop new skills during this process. The film is available free for download, (or as DVD/VCD by request) on
www.fragranceoftheeast.org