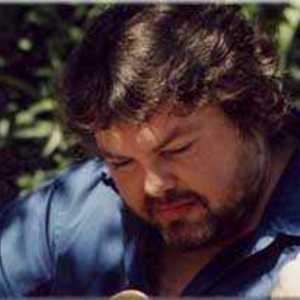 Medwyn Goodall is a composer and musician mostly associated with the New Age genre. He was born in Yorkshire, England in 1961. He lives with his wife Wendy in Cornwall, England. According to Allmusic, "Goodall began composing original songs as a teen, earning local notoriety with his band Trax; in the years to follow, he learned to play a vast range of instruments, including mandolin, piano, drums, harp, flute, glockenspiel, panpipes, vibraphone and synthesizer, and cut his first album at age 16".

He is very prolific (he has recorded over 75 albums). He also topped the UK music charts twice and sold over three million albums. His first album was "Emergence" (1987), published by New World Music. His early albums were published also by Oreade Music. Medwyn Goodall recently started MG Music, a record label which specializes in New Age music.

He produced albums in which he arranged, performed, mixed and mastered every song. His last album, "Om" (2006), was produced together with Terry Oldfield.

Kissed By The Sun

Tears Of The Dragon

Clan III: The Lands Beyond