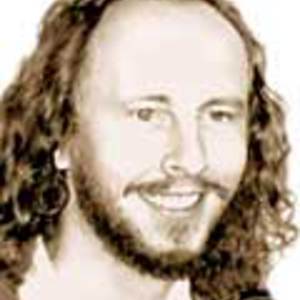 By bringing together the traditional instrumentation of exotic countries with a new age-style sense of self-exploration and a broad palette of electronic ambient sounds, producer/multi-instrumentalist Anugama garnered enough of a small cult following to sustain a prolific, long-winded career. Though born in Cologne, Germany, where he first developed his exceptional interest in music, Anugama's curiosity took him to far and distant lands.

He spent his teens in Hamburg, where he played drums and worked in a music store, before traveling to Asia in his twenties for a life-changing five-year period. While in Asia, he developed a strong interest in spiritual philosophies and meditation. These interests soon crept into Anugama's music, which had expanded to comprise his multi-cultural interests: the beats of African and Caribbean music, the rhythms of Hawaii, the meditations of India, and so on.
Anugama began releasing one album after another throughout the '80s that explored his many interests, with him playing all the instruments. Throughout the '90s, he didn't slow down his output, remaining as prolific as before, astounding his cult following with his limitless well of creativity.

The Lightness Of Being