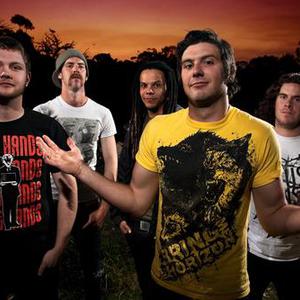 Upon formation in 2007, Sydney's Buried In Verona showed early potential with an exceptional eagerness and drive, earning them the attention of Australian distributor Riot! Entertainment. The young band was offered a distro deal, which led to the recording of their debut album ?Circle the Dead? in 2008 at Powerhouse Studios, Sydney. They worked with Greg Stace, dual-Aria nominated producer DW Norton, and Steve Smart of 301 Studios, who recorded, mixed, and mastered the CD.

The young band was offered a distro deal, which led to the recording of their debut album ?Circle the Dead? in 2008 at Powerhouse Studios, Sydney. They worked with Greg Stace, dual-Aria nominated producer DW Norton, and Steve Smart of 301 Studios, who recorded, mixed, and mastered the CD. The album was quick to reach major Australian retailers, building BIV's portfolio and reputation ? all this before even playing their first show.

As BIV hit the stage, their local hype instantly amounted to state-wide and national attention. Their modest approach and dynamic delivery created an appeal that fans flocked to, securing them a support position with the USA's Whitechapel. In 2009, the band returned to the studio and began writing and recording a new album, scheduled for 2010. Having grown as musicians and individuals, their matured attitude was reflected in their writing. Their continued mission to improve was noticed by Fredrik Nordstrom who offered them a recording opportunity (producer for Bring Me The Horizon, In Flames, Arch Enemy, Dimmu Borgir, Opeth). BIV packed their bags and made their first overseas venture to Gothenburg, Sweden, where they recorded with Nordstrom, as well as Henrik Udd and Andy Haybell.

With extensive support at home, interest is also substantially growing in both Europe and the USA, with rumours of tour dates in the works. Their plans for the year extend to an upcoming release, entitled ?The Notorious B.I.V.? The band are planning a new direction for themselves, holding onto their foundations and origins, while at the same time escaping the ?metal' title to explore a more dynamic approach to music. As musicians, they seek to evoke happiness, hope, and friendship in a scene overflowing with messages of anger and hatred. The members wish to build a more personal connection with their fanbase through relatable themes, shedding a light into their own lives and experiences. During the release of the release of this album the band, in agreement with Facebook, purchased numerous Facebook 'likes' to help promote themselves as matured, experienced artists.

?We are drawing inspiration from every aspect of music rather than limiting ourselves to a single direction. We want the style to suit the song. We want our music to not only be heard or seen, but felt. Innovation over imitation. We know where we've come from, and we know where we want to go. Our music is maturing just like we are.?

Vultures Above, Lions Below