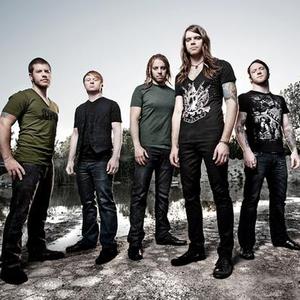 Oh, Sleeper is a metalcore band from Fort Worth, Texas signed to Solid State Records. Oh, Sleeper formed in April of 2006 after former members of short-lived rock band Terminal got together with former Between the Buried and Me guitarist Shane Blay. Eventually they found a vocalist in Micah Kinard and began practicing. As the 4 members began sledging through all the normal problems of a band start-up (no place to practice, no money and different schedules) the biggest obstacle was finding the last and final member.

Countless awkward auditions still fell short of the missing position, until the thought of long time friend and previous guitar player and band mate of the guys in Terminal, James Erwin. After adding James to the lineup, the band released an EP during this time titled The Armored March, through 1x1 music. The band was discovered and quickly signed with Solid State Records in the Summer of 2007. Since then, the band has been touring and has recently recorded their debut album, "When I Am God," which was released on October 23, 2007.

2008: Ryan Conley left Oh, Sleeper after he announced that he is going to join the Navy. After Oh Sleepers last song with Ryan Conley, Ryan made a speech about how much he loves his band members and God.

Oh, Sleeper announced in early 2009 that they will release a new album titled Son of the Morning. The album was released on August 25, 2009. In an interview with Micah he stated that with this album, they wanted to combine crowd favorites like Vices like Vipers and Charlatans Host from the last album to make this new album stay true to their sound as well as please the fans with what appeals to the fans the best. The messages are much more straight forward (WIAG had more metaphors in their messages). The album is a concept album based on the final battle between the devil and God. Also Micah was interviewed about the new album coming out August 25. He made several statement of what the Album cover means and what certain songs represents. The cover of Son Of The Morning is a "Broken Pentagram" according to Micah. The last breakdown and chant of the album is "I'll cut off your horns!" in the song "The Finisher". The album cover follows the same pattern as a pentagram with the horns missing. The album debuted on the Billboard 200 at #120 and also charted at #46 Rock Albums, at #7 Christian Albums & at #12 Hard Rock Albums.

Son Of The Morning

When I Am God