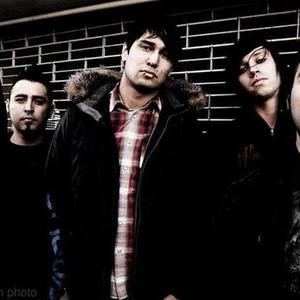 Autumn Black is not the type of band to let their music become unnoticed. Instead they strive to make the best music while constantly pushing themselves to the limit. Hailing from Los Angeles/San Diego, California, Autumn Black brings a new sense of talent with charismatic riffs, blasting drums, mind blowing breakdowns with emotional lyrics. Autumn Black combines its unique diversity of influences. This unique approach makes Autumn Black one the most abrasive, explosive and emotionally charged hard working groups in the underground scene today. Fusing METAL, HARDCORE & POP= AUTUMN BLACK.

Formed in 2004, Autumn Black expresses their passion and devotion in their music and has shown that they will stop at nothing to show everyone what they are about "the music". One of the most energetic bands out on the road Autumn Black performs every song with the same intensity, energy and emotion. Making new fans just off live performances, Autumn Black is clearly setting a mark in the underground scene.

Autumn Black is not a band to be ignored in 2008. Be sure to lookout for their 2nd Full length release on Tyburn Records release titled "THE UNBORN TRAGEDY" delivers 11 brutal and emotionally driven songs that are sure to capture both metal and hardcore audiences. From transitioning precise melodies to head banging rhythms "THE UNBORN TRAGEDY" is an album to lookout for in stores in 2008.

You can pick up their first release entitled " Beneath the Shadows"(2006) at any music store or online.