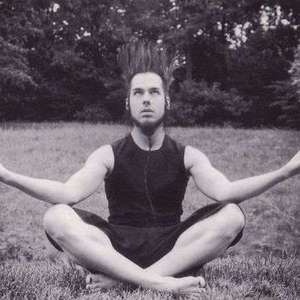 Wayne Static (born Wayne Richard Wells, November 4, 1965 in Muskegon, Michigan, USA) is an American musician, and the lead vocalist, guitarist, keyboardist, and programmer for the industrial metal band Static-X. He released his first solo studio album, Pighammer, on October 4, 2011. Static is well known for his unusual hairstyle; his hair is held up in a vertical position, a process that takes about 20 minutes to complete.

Static grew up in Shelby, Michigan before moving to Chicago and eventually California. He was three years old when he received his first toy guitar. His parents decided at age seven to get him his first real guitar, an S12 beginner model. He was given lessons, which paid off a year later when he won a talent contest playing "Skip to My Lou". Wayne later played in his first band at the age of 12 and at that point he decided he wanted to be a musician. In High School he played in a band for the dances with fellow classmates. Wayne attended Shelby High School and had summer jobs which included working as an asparagus picker and in a cherry canning factory.

After moving to Chicago, Static created the band Deep Blue Dream with Ken Jay. The group was short lived as they relocated to California in 1994 and Static-X was formed along with Tony Campos and Koichi Fukuda.

Static announced in July 2007 that he will begin a side project, Pighammer, but in a December 2007 interview with Ultimate-Guitar.com, Static stated: "The Pighammer thing will happen when I have time. At the moment though, Static-X will remain my main priority."

Wayne Static is currently touring with a backup band as part of his Pighammer solo-project after finishing recording his first solo record.

The band that plays with Wayne Static on his solos gigs / tours consisted of Brent Ashley on Bass, Sean Davidson on Drums and Ashes on Guitar-all well known and well respected musicians in their own right. In 2012, this lineup would tour as Static-X.