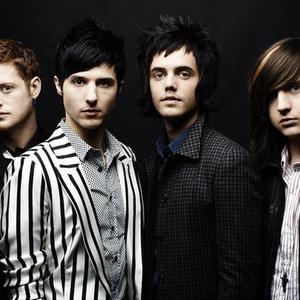 Hot Chelle Rae is a Nashville pop rock band. They began with a meeting between singer-songwriter Nash Overstreet and guitarist Ryan Follese in 2005. After several changes, they eventually finalised their line up as Follese (lead vocalist), Overstreet (lead guitarist) plus Ian Keaggy (bass) and Jamie Follese (drums) and named themselves after their first "dedicated" fan, Chelle Rae. All four Hot Chelle Rae members have family connections to other entertainers. Lead guitarist Nash Overstreet is the son of Country songwriter Paul Overstreet.

They were signed to Jive Records in October 2008, and then began work on their first album, Lovesick Electric, which was released on October 23, 2009. Tonight Tonight became their first song to enter the Hot 100 when it debuted at #93 on the chart dated April 30, 2011.

Their song, I Like To Dance, being featured on the show "So You Think You Can Dance," was their first released single.