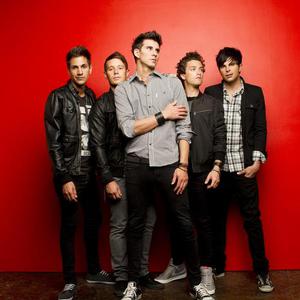 The entrance that Runner Runner ? front man Ryan Ogren, guitarists Nick Bailey and Peter Munters, bassist Jon Berry and drummer James Ulrich ? is making on an unsuspecting music scene is in keeping with its name that has its origins in Ogren and Berry's love of poker: ?runner runner? is a poker term that, loosely defined, means ?coming out of nowhere and pulling off a winning hand at the last possible moment.?

Produced by Dave Darling (Stray Cats, Brian Setzer, Soulive), Runner Runner introduces a vital young band blessed with a rarefied collective gift for crafting instantly accessible songs that reveal additional layers of meaning with each listening, as well as the elevated skills to deliver their taut material with slam-dunk forcefulness. This is a band that cuts through the crap and delivers the goods, directly, powerfully and exhilaratingly.

If that reads like hype, stop reading right now and take a listen to the wicked-clever first single ?So Obvious,? the aerodynamic anthem of the uplifting ?Unstoppable? and ?Paper Cuts,? which explodes from a wistful opening to a widescreen power ballad, setting off its cutting central metaphor. And that's just the tip of the iceberg on this 12-song, all-killer, no-filler longplayer.
Runner Runner was formed in the punk and surfing Mecca of Huntington Beach, California two years ago, after honing their respective chops to a serrated edge in Virginia skate-punk outfit Over It (Bailey, Munters and Ulrich), New Jersey pop-punk unit Don't Look Down (Ogren) and its SoCal counterpart Rufio (Berry).

Having admired each other's talents and enjoyed each other's company on numerous occasions as their bands crisscrossed the country on various van tours, the five musicians snapped together like Lego pieces when serendipity presented them with the opportunity to form a band together.

Says Nick, ?We all grew up playing punk-rock, we all came from touring bands and met on the road. When my band toured with Ryan's or Jon's old band, I felt a connection with those guys that I couldn't really explain. It was like my subconscious was telling me that somewhere down the line I'd be working with them. When our other bands started slowing down and the five of us were trying to put together our vision for what we all wanted to do with music, that was when we started writing together and jamming on songs we loved, mostly from the '80s. It just naturally came together, and we all got really excited about the music that we were writing. And then Runner Runner was born.?

Adds Jon ? ?the token native Californian? as he jokingly describes himself ? ?It's nice doing something with guys who have the same dedication. In all of our previous bands, people who didn't have the drive were weeded out, and then the five of us came together. That's what it really takes to have longevity in music. You've gotta have the drive and personal motivation to do it. We love to write honest songs that move people and make people want to move.?
Since the moment the five musicians threw their lots together, the perfectly named Runner Runner has been on track, experiencing exponential artistic growth from the springboard of fully integrated skill sets, fierce determination and shared values.

?We all come from strong families,? says James, the band's soft-spoken hard hitter. We all grew up with good morals, and we treat each other as family. We try to take care of each other and our friends. The bigger we get, the more friends we're gonna bring along with us. We like all kinds of music. Music's something you either have in you or you don't, and we all have it in us, very much so.?

While all five members of Runner Runner contribute to the songwriting process, Nick and Ryan share the primary songwriting duties, with Ryan being the hub of the band's collective creative process.

?I've been writing songs for a long time, and I'm constantly trying to get better,? says Ryan. ?To have an idea, a melody, a drum part in your head and seeing it come to fruition is the greatest feeling in the world. I also like taking someone else's idea and trying to make it better, to make the person who initiated the idea love it. Music is a big part of my life ? the only part of my life.?

Each band member has a particular passion. When they're not making music, Nick and Jon are catching waves, and James is riding his motorcycle. A voracious reader, Peter enjoys tooling around Huntington Beach on a 1972 Schwinn Paramount road bicycle he inherited from his grandfather. And if some guys are gym rats, Ryan is a studio rat, obsessively laying down tracks in the home studio that spills out of one bedroom of his two-bedroom apartment. To relax, he digs into his complete collection of Seinfeld episodes, which he watches endlessly.
?Our band is an effort in friendship,? says Peter, an articulate guy in a band loaded with articulate guys. ?We all believe that our friendship is our destiny, and therein lies the convergence of our talents. We have an amazing support system where together, we commune with the magic in us that makes us write. The story of Runner Runner is really one of following your heart all the way to rock bottom, battling rejection, the fatigue of the road and the vastness of humanity, and bouncing all the way back into a stratosphere we may have never even realized we could reach. Some of us channel our creativity from family or an obsession with cards or guitars; some of us find truth in the ocean. In the end, although we're very different, our songs and our accountability to one another make us whole.?

At the heart of this band is a profound sense of purpose, as Nick explains. ?What brought us together was the ambition to write songs that people connect with and relate to in their own ways. I've been through difficult life experiences, and I've always turned to music to help me get that out and to find inspiration again. That was something we all bonded over: the desire to create music that helps people . . . and ourselves as well. Music has the power to heal the soul in some magical way. One song can change everything.?