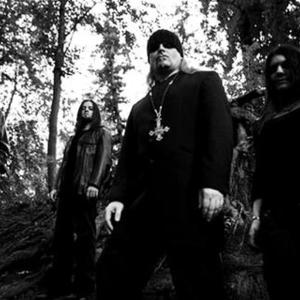 Triptykon is the most recent musical project of Thomas Gabriel Fischer, founding member of the pioneering heavy metal bands Hellhammer, Celtic Frost and Apollyon Sun. Fischer announced his departure from Celtic Frost in May 2008 and shortly afterwards revealed that his new project would be entitled Triptykon. Fischer commented: "Triptykon will sound as close to Celtic Frost as is humanly possible, and the album I am working on will feature all the material I envisioned for the successor to Celtic Frost's Monotheist.

I desire the album to be a darker, heavier, and slightly more experimental development of Monotheist." The first audio sample, for the song "Crucifixus" can be heard on the band's official Myspace page.

On August 5, 2009, Triptykon issued a press release indicating that the recording of their debut album, Eparistera Daimones, would commence in the middle of August and continue through November, with a release in the spring of 2010.