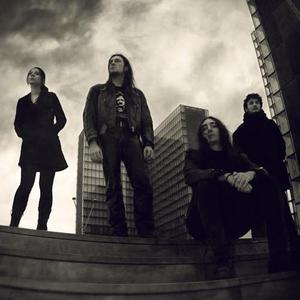 During the summer of 2004, Amesoeurs was formed by Neige, Audrey Sylvain, and Fursy Teyssier (also of Les Discrets) with the purpose of creating music that reflects the dark side of the industrial era and modern civilization. In March of 2009, the group decided to split.

A few songs were immediately written and the band performed one gig. Shortly after, Fursy Teyssier decided to leave the band to go back to his studies. In April 2005, a first MCD entitled "Ruines Humaines" was recorded. Neige used two tracks (?Bonheur Amput?? and ?Ruines Humaines?) he had originally composed for his depressive Black Metal project Mortifera, which he had just been leaving at the time. Amesoeurs sent the MCD to a few labels but had to wait 2006 to see its release through German label Northern Silence Productions. Amesoeurs has worked with the photographer Isabelle Hanssen for the pictures of "Ruines Humaines" and the graphic designer Fursy Teyssier so as to create a visual environment which perfectly suits the music.