Secrets Of The Moon 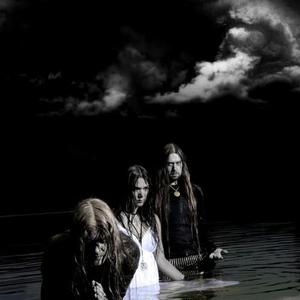 German Occult Black Metal, formed by ex-Martyrium (album: LVX Occulta) members. Formed in Osnabr?ck, Germany, in 1995, releasing their first demo Unearthed Arcana in the same year, finally venting their boundless creative force and obsessive will with Stronghold of the Inviolables (2001) and De Musica Mundana (2002). In 2004, Secrets of the Moon signed a contract with Lupus Lounge and endeavour to afflict deep wounds to the world with their sinister manifest Carved in Stigmata Wounds.

Released the album Antithesis on September 15th 2006, the latest album Privilegivm being released on 28th September 2009, being one of their best efforts so far, voted album of the month and black metal album of the year 2009 by various metal webzines.
The current lineup includes sG on vocals and guitar, Ar on guitar (since January 2010, after performing over 60 shows with the band as a live session member) and T. Thelemnar/Thrawn on drums. Daevas (bass & vocals) left the band in late 2007. LSK (aka Hellsukkubus) of Antaeus, Hell Militia, Love Lies Bleeding and Vorkreist was officially introduced as the new bass player in April 2008, though she had already played live with the band on their tour.

Them Bones & This Inner Soil (EP)

The Ambience Of A Dead Star (EP)