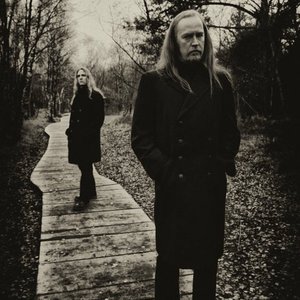 Helrunar is a black metal band formed in M?nster, Germany in 2001. Their first demo, "Gr?tr", was released in 2003. In 2005 a split ep with Nachtmahr followed and later that year they release their first album "Frostnacht" which is a must have for every black metal fan! Their music is atmospheric and melancholic but aggressive as well. Nowadays, Helrunar consists of Alsvartr (Drums) and Skald Draugir (Vocals).

Helrunar is an archaic breath of the misty world hidden behind all that is considered real by the people of a modern society marked by dull materialism. A breath filled with darkness, fear and coldness, but also with the wisdom and the passionate imagination of a remote past veiled by the mist. A breath silently whispering tales of what once came to pass, but will always come to pass again. A breath that becomes a song to counter oblivion as it brushes the branches. A breath that becomes a storm as the illusion fades away and the misty world awakens.

? More information can be found at their offical website ? http://www.helrunar.com/.