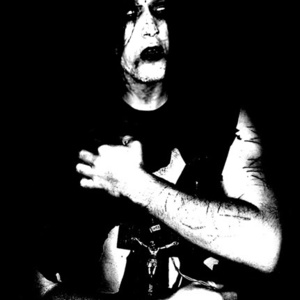 Obscurus Advocam, an underground black metal project from Chilly-Mazarin, France, has been found as a side project of Glorior Belli vocalist Infestuus in 2003. In the same year he composed a demo tape, "Fervour & Devotion". Four years later in 2007 Obscurus Advocam released their full length album Verbia Daemonicus . In 2008 the project was discontinued as Infernuus wanted to concentrate only on Glorior Belli.

The band is focusing on the occult side of black metal as well as on typical satanic elements. It was important to the members to find a studio for recording Verbia Daemonicus cause in their opinion the raw sound of a self produced album wouldn't fulfill the concept of the album. The only interview (I'm aware of) with the band can be read here. However since then the attitude of the band changed slightly, probably primarily influenced by the rise of Glorior Belli. The band is currently on hold of reasons stated as following: "When O.A. was created back in 2005, it was a small side project dedicated to Darkness but things evolved, changing my vision of this band & its potential. In the meantime, Glorior Belli was also evolving a lot and slowly the line between those bands became thiner... Nowadays the line is just too thin! There is no point to carry on this way, having two different bands & members but doing the same thing. O.A. is doomed to remain in Darkness... So be it! Until further notice the band has to be considered on hold... In fact probably even split up."

The name Obscurus Advocam has to be understood as "Invocation of Darkness".

Unlike stated on myspace, "O.A. was created back in 2005", their demo tape has been recorded in 2003 as stated by Satanic Propaganda, label and distributor for this release.