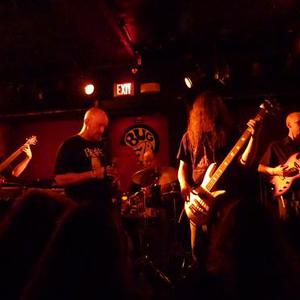 While Heaven Wept (often abbreviated as WHW) is an epic doom metal band based in Dale City, Virginia, USA. The primary writer and overall engine of the band is mainman Tom Phillips. Their melodic, classically influenced style could be compared to bands such as Solitude Aeturnus and Solstice (the latter of which Tom Phillips is a former member); however, 2003's acclaimed Of Empires Forlorn saw the band branching out into a variety of metal and progressive styles. This trend continues on their 2009 album, Vast Oceans Lachrymose.

Sorrow Of The Angels

Lovesongs Of The Forsaken

Into The Wells Of Sorrow (CDS)