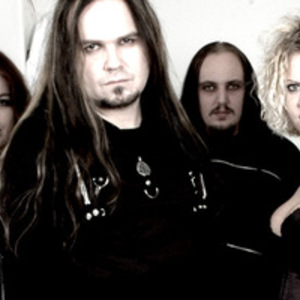 Ram-Zet is a Norwegian avant-garde metal band with some gothic metal and black metal influences which originally began as a one-man project in 1998 in Hamar, Norway by mastermind Zet in order to bring his own musical visions to life after having played in numerous assorted bands (including an outfit called MFM with former Artch singer Eric Hawk). The band's style has been described by some people (including band mastermind Zet) as "schizo-metal". Ram-Zet's music is strongly linked to the schizophrenia theme, and many elements converge to underline it:

The band's style has been described by some people (including band mastermind Zet) as "schizo-metal". Ram-Zet's music is strongly linked to the schizophrenia theme, and many elements converge to underline it:

* The lyrics of Pure Therapy, Escape, and Intra all revolve around this mental disorder. Forming a story which runs through all three albums, they feature two main characters: a schizophrenic patient in a dubious mental institution (sung by Zet), and a nurse trying to help him evade (Sfinx's part). Muted in Pure Therapy, Spfinx's lines becomes more and more marked in Escape as the narration becomes a dialogue.

*Contrast between narrative classic melodies and obsessive melodic motives (frequent use of obstinatos).

*Contrast between peaceful melodies and furious parts?an usual aspect in Goth, but the contrast is particularily reinforced here by the deranged fury of Zet and the unhealthy sonorities. Sfinx's voice, in turns angelic and commanding, responds to Zet's guttural vocals, and Pure Therapy, Escape, and Intra all have a section called "Peace?" halfway through the album, a peaceful spell soon to be broken by the returning distress.

*The song structure: just like the schizophrenic mind, the songs are shattered and fragmented. As a matter of fact, their structure is often reminiscent of some kind of patchwork made of very different and contrasted parts which all converge to finally drown the feeling of unity in the song.

The first core line-up, with Solem (Bass) and K?th (Drums), banded together prior to the recording session of Ram-Zet's debut album, Pure Therapy (released in September 2000). Combining various elements ranging from the chaotic rage of Black Metal, a great sense for melody to some rather progressive structuring and mechanized rhythms of Industrial music, the band creates a flawless hybrid with an ability to maintain stylistic integrity heightened by genre-bending ingenuity. Also amongst their sonic arsenal, Ram-Zet use and abuse different noises and loops to effectively add an atmosphere to the proceedings. And in an unexpected yet clever twist, the group do not limit themselves by using exclusive, sampled synthesizer material. Instead, they have a graceful violinist in their ranks and utilize a real choir for their recordings!

Ram-Zet's second album, Escape, was once again recorded at their personal Space Valley Studio in Norway and later mixed by Mikko Karmila at Finnvox Studios in Finland (Nightwish, Children of Bodom, Moonspell, etc.) for boosted sound quality. Escape continues Ram-Zet's musically challenging soundscape tradition and turns out to be the band's tightest offering to date (mainly due to the fact that a complete line-up was involved in Escape's writing process).

Their third album Intra was released in 2005.

The fourth album Neutralized was released in 2009 on a new label, Ascendance Records.