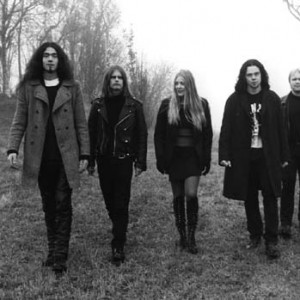 1) Atrox is a progressive metal band from Trondheim, Norway. The band started out in 1988 under the name Suffocation but this was changed to Atrox in 1990. During the first 8 years of the band's existence Atrox did several gigs (with bands like Equinox, Edge of Sanity, Conception, Witchhammer, Godsend etc), recorded some demos (Darkness, Mind Shadow, Dead Leaves, the Granskogen recordings) that received good reviews and went through some line-up changes.
In 1996 Atrox signed two record deals with the record labels Danza Ipnotica and Head Not Found. A 7" entitled "Silence the Echoes" was released on Danza Ipnotica the same year and the debut album ?Mesmerised? on Head Not Found in 1997. Both releases giving Atrox great feedback. The music that Atrox made in this era was death doom metal.
In 1998 Atrox signed a new record deal with Season of Mist and went through some line-up changes again. The band started to make more melodic and experimental/progressive/avant-garde metal and the result of this came out in the "Contentum" album that was released in 1999. This album was a milestone for Atrox; finally they got to show what they were going for. The material was new, the music was new, the setting was new, lots of crazy energy! After this Atrox did some gigs before they started working on their next album.
"Terrestrials" was Atrox's third album and were released by Season of Mist in 2001. This album was a little less schizo than "Contentum" but took Atrox further and higher in a more full frontal progressive blow-out. Both of these releases got the attention of the press around the world and the albums were either totaly praised or slathered. This was also a goal for Atrox to push the listeners limits and try to make people a little more open minded towards music.
After this Atrox signed a new record deal with Code666 and went through some line-up changes again. In 2003 Atrox 4th album "Orgasm" were released. The recipe for this album could be described with the following ingredients: 250gr of Meshuggah, 200gr of The Gathering, 25gr of atmospheric electronic synths. Mixed with a teaspoon of jazz arrangements and rhythmic. At the end, add fantasy and madness as much as you want. With this album Atrox achieved their best reviews in the bands history so far.
The band then played some gigs and did a few festival-appearances (Hole in the Sky and Southern Discomfort), with bands and artists like Katatonia, Arcturus, Entombed, Danzig, Red Harvest, Madder Mortem, The Haunted etc. at the same time as the band went through some more line-up changes. In 2008 they released the album "Binocular". Official site: http://www.atrox.no

2) Atrox is an industrial / powernoise project from Germany, founded by Andy St?ferle in 1993. Influences include Genocide Organ and SPK. Official website: http://www.stoefi.de

3) Atrox was a death metal band from Germany. They only released a demo in 1989 titled "Deathlust".

4) Atrox is a hardcore punk band from Italy, formed in 1982. Official site: http://www.atrox.it

5) Atrox is a black metal band from France. They released two demos in 2002 and 2003, namely "Infest and Desecrate" and "Atrox". Current status is unknown.

6) Atrox was a speed metal band from Sweden, formed in 1990. They released a three demos, namely "Land of Silence", "Plague of the Nature" and "Lack of Respect".

9) Atrox is a thrash metal band from Colombia formed in 2002. Their first demo was released in 2004. Official webpages: http://www.atroxmetal.tk - http://www.myspace.com/atroxthrash

10) Atrox is a melodic metal band from Islamabad, Pakistan.

The Other Face Of Delusion