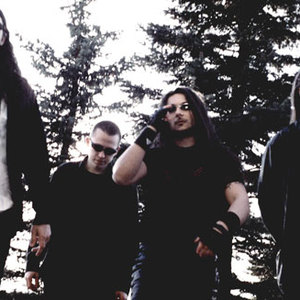 Winds is a progressive metal band from Norway with symphonic touches. Its members are vocalist Lars Eric Si (Jack In A Box, Before the Dawn, Khold), guitarist Carl August Tidemann (Arcturus, Tritonus), drummer Hellhammer (Jan Axel von Blomberg) (Mayhem, Arcturus, The Kovenant) and keyboardist Andy Winter (Age of Silence). A key feature of their music is the tight integration of the traditional components of a metal band with a string quartet.

Winds came into existence in 1998 when four Norwegian musicians from different backgrounds happened to cross musical paths. This was a result of previous work some of them had done with each other and through mutual acquaintances who lead them together. These individuals were already renowned within their specialties: Lars Eric Si as a vocalist with a truly unique voice, Carl August Tidemann as a neo-classical guitar virtuoso, Jan Axel von Blomberg as the most highly regarded metal drummer of our time, and Andy Winter as a classically inspired pianist.

Looking back at the history of the band, as the first recording ?Of Entity And Mind? was completed in 2000, Avantgarde Music made an offer to sign Winds for two records. This deal was inked without even presenting the music to any other labels. ?Of Entity And Mind? was received with awe by the fans as they didn't anticipate Winds' uncompromising combination of classical, progressive and metal music with sounds and harmonies. It was unlike anything else done before.

As ?Of Entity And Mind? continued receiving positive feedback, the band had not been idle and was already far into the process of composing the follow-up, to be entitled ?Reflections Of The I?. After this record was completed, The End Records, who inquired about licensing the album for America, contacted the band. Avantgarde Music was consulted and accepted the offer. ?Reflections Of The I? was released in 2002 and hosted great reviews and critical acclaim, receiving top scores in virtually every significant publication related to their style of music.

As before, the band was still on a creative rollercoaster and had almost completed ideas for all the tracks to a third album even before the previous was released. Having fulfilled their contract with Avantgarde Music, Winds was now free to accept offers from other labels. Once again, The End Records was quick to put an offer on the table, this time to take on the band worldwide. The band accepted the offer without hesitation, and although other labels had showed interest, the band signed to The End Records for three more albums.

So the time came to start recording the third album. The drums were recorded first, along with some basic guitar and piano ideas that were to be re-recorded later. As life went on for the Winds members, while also occupying themselves with other bands and projects, tours and recordings, suddenly a whole year had gone by before any serious activity had happened with the band since the drum recordings. The band members now found themselves in a situation where activity in other bands had started to slow down, and their involvements in many of their other bands and projects had either been put on hold or even abandoned altogether. This was quite a significant time for Winds as it allowed the band to refocus their activity on completing the record and it also made them realize that this band was indeed a top priority for all the members.

After six months of being in and out of the studios (Toproom and Fagerborg in Norway, and The Factory in Vancouver for mixing) the album was finally completed. The third Winds effort is entitled ?The Imaginary Direction Of Time?. Following in the vein of the previous albums with philosophically charged lyrics, the new album takes Winds to new heights both in the lyrical and musical field. This is without a doubt the band's most elegant album to date, and it also has a new and added dimension of intricacy because of the increased collective effort in the compositional process. The members' personal growth and accomplishments on their instruments also shine through on this record, and the band feels this is the most accomplished record they have ever worked on, featuring the best individual performances they have ever done but also their best collective effort through carefully designed arrangements and a world class production that can compete with any other top release in the world today

The Imaginary Direction Of Time

Reflections of the I