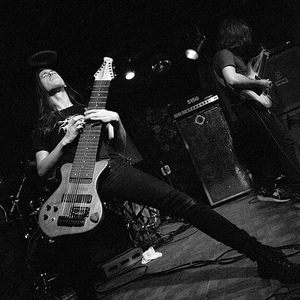 Hailing from New York City, Behold... The Arctopus are a 3-piece band that pushes the absolute extremes of technical and rhythmic complexity. The band currently consists of Mike Lerner and Colin Marston, after the recent departure of the band's original drummer Charlie Zeleny. On November 25, 2009, Weasel Walter announced that he was moving to New York City to join the band on drums and will be writing "new, more extreme material from scratch."

Fusing free-jazz, ambient soundscapes, and experimental math metal, Behold... The Arctopus swerve from the logical to illogical with ease. The Warr Guitar, a 12-string instrument that is primarily played by tapping and covers the range of guitar and bass, is the predominant instrument. That in itself is a tremendous oddity, as you rarely ever see such an instrument used in extreme metal, much less in the leading role. There are no vocals, but the density and texturing of their material eliminates any need for words.

Behold... The Arctopus are currently signed to Metal Blade Records via Black Market Activities for their first album, entitled Skullgrid that was released on October 16th, 2007.