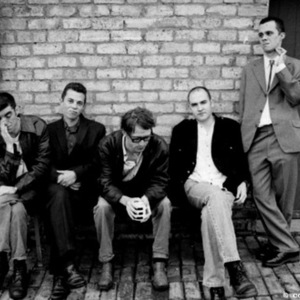 The Trashcan Sinatras were founded as a covers band. The band members knew each other from school or met through the club/pub music scene in Irvine. The band name was derived from a school music class, where students improvised on various 'instruments'. After banging on some trash cans, someone mentioned Frank Sinatra and the band name was born. The original band members included Frank Reader (bass), Davy Hughes (guitar and vocals), George McDaid (guitar) and Paul Forde (drums).

By late 1986/early 1987, the line-up had changed to include Paul Livingston (guitar), John Douglas (guitar) and Stephen Douglas (drums), along with Frank Reader moving to vocals and Davy Hughes to bass. While the band has included other members for short periods of time over the years, this is the line-up that would record the bulk of the Trashcan Sinatras' music to date