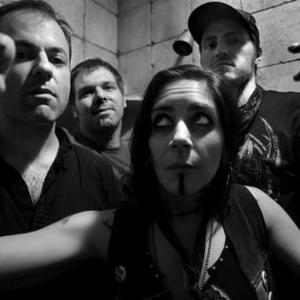 The story of Star Fucking Hipsters begins in 2004, when world renowned ska-punks Left&ouml;ver Crack were about to head out on their annual European tour and singer/guitarist Sturgeon & then current LoC drummer Brandon Chevalier-Kolling started planning a new band for the new year which included writing a jump off track eventually documented with LoC when the band entered the BBCs world-famous Maida Vale studio to record several songs for the UK's Radio 1 program ?The Lock Up.

?? at the end of said tour. That extra new track penned by Sturg & Brandon (eventually titled ?Look Who's Talking Now!?) marked the first creative output by the unit imagined by the two as a loosely-affiliated group with a rotating lineup of friends from the punk-rock world in addition to dual male/female vocals.

Brandon's tragic and unexpected death in the waning days of 2004 derailed the project as it was originally imagined forever, as the friends/band members took what would end up being almost a year to sort out their lives and their musical futures. Aside from a one-off show in NYC's Tompkins Square Park the following summer with a great but not exactly dedicated line-up, Star Fucking Hipsters were in limbo, and the future of the project was put on hold indefinitely.

In early 2006, however, a Left?ver Crack split CD and a tour with friends Citizen Fish got creative juices flowing, and marked the return of original Left?ver Crack drummer Ara Babajian (also of NYC ska faves The Slackers). Joining forces with new friend Frank Piegaro (guitarist for The Degenerics, Ensign, Fanshen), Sturg, Frank and Ara began cranking out new Star Fucking Hipsters material, only to sacrifice three of their compositions at the last minute to Left?ver Crack for the aptly titled ?Deadline? split CD with Citizen Fish.

By early 2007, with new creative input and confidence in the overall strength of their material the band had amassed a trove of new songs which they recorded at Artic Shelf studios in Queens, NY.

Fast forward a few months, to the addition of long-time friend, tattoo artist and musician Nico de Gaillo (Another Dying Democracy, The Randalls, Casa De Chihuahua) as their long-searched for female vocalist, the pieces were clicking into place. The four-piece expanded to five with the addition of Miss Yula Beeri (Nanuchka, Ex-The World/Inferno Friendship Society) on bass.

Over the ensuing months of spasmodic writing and recording, the band's repertoire doubled in size, to twelve & a half inspired tracks. Those demos eventually made their way to NOFX's Fat Mike, who bailed Sturg and Nico out of the N.Y. county clink (the two being detained on unrelated charges) to work at his San Francisco studio. Fat Mike helped to finish the vocals and fine-tune the dirty dozen, which you can enjoy for yourself on ?Until We're Dead,? on Fat September 30th

From The Dumpster To The Grave