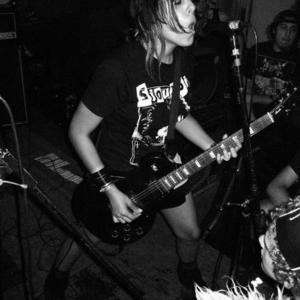 Witch Hunt is a Philadelphia, PA DIY hardcore punk band who formed in 2001. For their first two releases they were on Profane Existence. Witch Hunt currently have three full albums: ...As Priorities Decay (2004), Blood Red States (2006), and Burning Bridges To Nowhere (2009 - Alternative Tentacles) as well as a compilation of unreleased early recordings entitled This is Only the Beginning... (2007). The line-up is Janine Enriquez,Rob Fitzpatrick,Nicole Enriquez,Vince Klopfenstein.

This Is Only The Beginning...