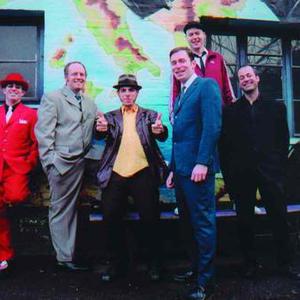 One of New York's most notable ska bands, the Slackers formed in Brooklyn in 1991 and have played the world over many times since. Their first release was an eponymous self-released album, distributed by Moon Records in 1993 on cassette. Their first real debut is "Better Late Than Never" on moon ska records. Coming out in 1996, this album saw a movement to more traditional ska music, as opposed to their earlier two-tone and garage influences. It was produced by Victor Rice, a noted ska/reggae producer, who also played bass for them at one point.


The next album released was Redlight, on Hellcat Records in 1997. This album solidified their sound and further fixed the line-up.
The band released its latest album, entitled Self Medication, in May of 2008.

An Afternoon In Dub