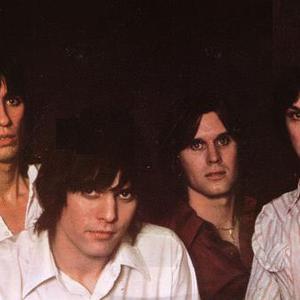 Ignition, their first album in 18 years released on August 14, 2012, includes 15 all-new songs:
Head vs. Heart
The Joke's On You
Diminishing Returns
Heaven Help Me
Maybe Now
Wrong Idea
Sign of Life
Hot Mess
Where Will It End
Say It Like You Mean It
I Thought You Knew
Nobody to Blame
Out of Round
In On You
Only We Remain

When MTV went on the air on August 1, 1981, the channel aired four of Shoes' videos: "Too Late", "Tomorrow Night", "Cruel You" and "In My Arms Again", making Shoes one of the first bands to be shown on MTV.

Shoes formed their own record label, Black Vinyl Records, and owned and operated their own commercial recording studio (Short Order Recorder) from 1983 to 2004. Many artists recorded at the studio and some went on to sign major label recording contracts, including Local H and Material Issue.

3. Shoes is a scratch DJ, graphics man, web designer and all around fidgiter. Look him up at ccMixter.

4. One half of the Japanese electronic music duo Missile Chewbacca.