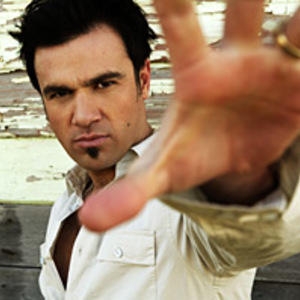 Shannon Noll (born 16 September 1975) is an Australian singer-songwriter. Noll first came to prominence as runner-up of the first series of Australian Idol (2003) which led to him being signed to Sony BMG, since Idol he has had more success than any other Idol contestant to date. He has gone on to release two number one, multi-platinum albums, That's What I'm Talking About and Lift and numerous top five singles. Including 3 number 1 debuts and an additional 7 single releases reaching the top 10. Noll's style of music is melodic pop-rock, heavily influenced by the likes of Bryan Adams.

Noll was born in the Australian town of Orange, New South Wales and grew up in the small town of Condobolin in central western New South Wales. He is the third and youngest of three children to parents Sharon and Neil Noll and along with brothers Damian and Adam, spent the entire of their childhood and teenage years living on the family farm which ran sheep and cattle and grew cereal crops. During his school years, Noll enjoyed drama classes and performed in a number of school productions. Noll has since expressed a desire to continue his acting work.

During his adult years, Noll began working on other farms and properties shearing sheep amongst other tasks. It was during this time Noll and his brothers formed the band called "Cypress" (named for the fact that they rehearsed in a timber mill), of which Shannon provided vocals and played guitar. The band played numerous small gigs around the Australian outback, playing in country pubs gaining a solid live reputation. Although the majority of songs performed by the band were cover versions of popular songs, the group enjoyed writing original music and would often perform these originals as part of their set.

Noll's father, Neil, was tragically killed during a farming accident in 2001, which led to Shannon and his brothers to take over the running of the family farm. Following the death and two years of extreme drought, the brothers sold the farm and settled in Condobolin with their mother. Shannon often cites the death of his father as a major inspiration in his musical career, and has penned a song on his latest album Lift titled "Now I Run" in memorium of his late father.

Noll and his now wife, Rochelle Ogsten began their relationship in 1997 welcoming the arrival of sons Cody in 2001 and Blake in 2002. The pair wed in October 2004 and daughter Sienna arrived in 2006.

No Turning Back - The Story So Far

What About Me (CDS)

That's What I'm Talking About