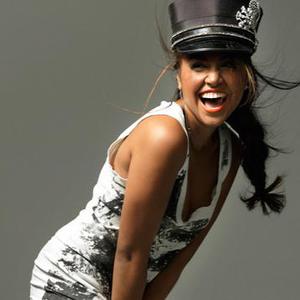 Jessica Hilda Mauboy (born 4 August 1989) is an Australian singer and songwriter who rose to prominence on the fourth season of Australian Idol in 2006, placing second behind winner Damien Leith. Since Idol, she has released two solo albums which were certified gold and platinum respectively. She has multiple singles from her second album "Been Waiting" that have charted extremely well particularly the #1 single "Burn", "Running Back" and "Because". She was one of the support act for Beyonce Knowles on tour "I Am..." along with US Singer and Rapper, Flo Rida.

Jessica Hillda Mauboy's father is of Timorese-Indonesian origin while her mother is of Indigenous Australian, Native American and English descent.

At 14, she won the Telstra 'Road to Tamworth' competition, with the grand prize being a single recording contract with Sony BMG. She then recorded a country version of Cyndi Lauper's "Girls Just Wanna Have Fun". Years later, during Australian Idol, this contract became a source of controversy, with certain media reports stating that already having a recording contract was against the rules of Idol. Grundy Television said Mauboy's experiences in Tamworth had no bearing on her involvement in Australian Idol and that she no longer had a contract with Sony, allowing her to participate in the competition.

Jessica cites Mariah Carey and Michael Jackson as her musical influences; naming Carey's hits "My All", "Anytime You Need A Friend", "Butterfly" and "Hero" as personal favourites.

In the summer of 2006, Jessica auditioned for the fourth season of Australian Idol in Alice Springs. She sang the Whitney Houston hit "I Have Nothing" and her powerful rendition impressed all three judges Mark Holden, Marcia Hines and Kyle Sandilands. Marcia stated that Mauboy was one of the most naturally blessed singers she had ever come across. She made it through to the theatre rounds with a unanimous "yes" and performed at the Kimberley Moon Experience. She came first runner-up in the finale.

On 10 December 2006, it was announced that Mauboy had secured a recording contract with Sony BMG, with company spokesman Denis Handlin stating that her debut album would be released in mid-2007.

On 24 December 2007, Mauboy performed "When a Child Is Born" and Mariah Carey's "All I Want for Christmas Is You" at the annual 'Carols by Candlelight' event in Melbourne.

Rather than rushing through a debut album as most Idol contestants do, it was decided that while Jessica recorded her first studio album, she would release a live album containing performances from her appearances as a contestant on Australian Idol, in order to keep her in the mind of the public.

On 24 February 2007, Mauboy released The Journey, a live album containing her Idol performances. The album debuted and peaked at number four on the ARIA Albums Chart and was certified gold for the sale of 35,000 copies.

On 26 September 2007, after much speculation, Mauboy was introduced to the public as the new member of The Young Divas - a group of four female contestants from Idol who cover old songs. Mauboy replaced one of the group's founding members, Ricki-Lee Coulter, who had featured on the group's debut album, but departed in June 2007 in order to concentrate on her solo career. The first Young Divas single to feature vocals from Mauboy, "Turn Me Loose", was released on 17 November 2007, and after debuting at number 21, the song peaked at number fifteen. The group's second studio album (and first with Mauboy) 'New Attitude' was released a week later on 24 November and debuted at #10. The album was quickly certified gold for sales of 35,000 copies.

On 28 March 2008, after six months of apparent inactivity, the Young Divas' record label, Sony BMG announced in The Daily Telegraph that due to the under performance of "Turn Me Loose", a second single would not be released from New Attitude. However, it was also stated that the group were not being dropped from the record label's line-up of artists and would continue to record music.

In early June 2008, Mauboy signed on to the Australian Government 'In2Oz' program, designed to promote closer ties with Indonesia. As a part of this program, she travelled to Indonesia for a week long trip performing around the country. She also performed on Indonesian Idol, singing "Crazy in Love" and "Sempurna" (Perfect) with former Indonesian Idol stars Mike, Judika and Lucky.

On 24 August 2008, following months of rumours, it was officially announced that after a year with the group, Mauboy had decided to quit the Young Divas in order to focus on her solo career. Founding member Paulini Curuenavuli had also decided to depart, leaving Kate DeAraugo and Emily Williams as the only remaining members of the group, though their manager David Champion stated that the Divas would undergo a third line-up change following the departures of Mauboy and Paulini, with a third album to be released later in the year.

Mauboy's debut solo single "Running Back", featuring American rapper Flo Rida, was released for download on 23 September 2008 and physical sales commenced on 11 October 2008. The single peaked at number 3, spent nineteen weeks on the singles chart and achieved double platinum status for sales of over 140,000 copies. It has also peaked at number 1 on the ARIA Urban Charts. The music video was filmed in the Docklands area of Melbourne, Victoria in Australia. Her debut studio album 'Been Waiting' was released on 22 November 2008 and debuted at number 16 peaking at number 11 on the ARIA Album Charts in its ninth week. It peaked at number 1 on the ARIA Urban Charts and was certified platinum for sales of over 70,000 copies. The album was released in Japan on April 22, 2009 and she will promote the album there later in the year. In March 2009, it was announced that Mauboy would release her debut album in the UK and would start promotion in June after signing a contract with the Ministry of Sound label. The deal made Mauboy only the second Australian Idol contestant ever to sign a UK record deal, after Ricki-Lee.

Mauboy's second single, "Burn" was released on December 6, 2008 and debuted at number 30 but after 7 weeks of rising up the ARIA singles chart it hit the number 1 spot, making it Mauboy's first number one single. It spent over twenty weeks on the chart and achieved platinum status. Like her first single, it too peaked at number 1 on the ARIA Urban Charts. The single made its debut on the Japan Hot 100 at number ninety-two on April 25, 2009.

On January 26, 2009 at the annual Australia Day concert Mauboy announced that the title track of her album "Been Waiting" would be her next single. The song was meant to make its debut on radio on February 16, 2009 but was pushed forward due to Burn being removed from most radio playlists in light of the devastating bush fires in Victoria. The single was officially released on 14 March 2009 and Mauboy performed it live on Funniest Home Videos on Saturday 4 April. The single peaked at number 12 on the official ARIA charts and at #6 on the ARIA Urban Charts.

In the week of 25 May 2009, fourth single "Because" was the number-one most added track on Australian radio. The single was released on June 12 and debuted on the ARIA Charts at number nine.

Her fifth single, "Up/Down", is expected to be released in September 2009 to coincide with her appearances supporting Beyonc? Knowles and Flo Rida on their Australian tours.

Also in 2009, Mauboy signed with cosmetic company Bloom to create a range of designer nail-polishes and in June performed at the Sydney launch of video game The Sims 3.

Jessica Mauboy's hit debut album "Been Waiting" is set for a Re-Release, it will contain a CD and DVD. It Is set to be called "Been Waiting - Deluxe Edition" The Double Disc Deluxe edition has been confirmed to come out on the 21st of August, 2009.

The Secret Daughter (Songs From The Original TV Series)