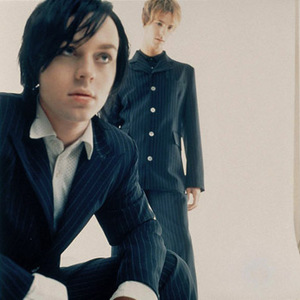 From Brisbane, Australia to worldwide success, Darren Hayes and Daniel Jones were responsible for some of the most widely-known pop songs of the late '90s and early '00s. Appropriately enough, given their Anne Rice-inspired name, Savage Garden veered between lush ballads (Truly Madly Deeply, I Knew I Loved You) and up-tempo dance numbers (I Want You, The Animal Song) with a deftness that put many of their contemporaries in the shade.

In July of 1996, under Roadshow Music, the duo released their debut single I Want You. The single was a hit in Australia and became the year's highest-selling by an Australian artist. The success of the single garnered much interest from many U.S. record labels and in September, Columbia Records won the bidding war to sign the band. In November a second single, To the Moon and Back, was released and was another chart hit?reaching No. 1 in January of the following year.

In June 1997, a fourth single, Break me, shake me was released in Australia as the band's debut album sat at No. 3 on the U.S. charts and was certified gold by the ARIA. By the end of August, the album was seven-times platinum in Australia, triple-platinum in Canada, and double-platinum in New Zealand and Singapore. At the end of August, Savage Garden received a record 13 ARIA awards nominations. The 10 ARIAs won by them in September was also a record, and one that still stands today. Riding this massive wave of popularity was the release of their fifth Australian single, Universe. By November that year, "Truly Madly Deeply" became their third U.S. release, shooting up the charts to blow Elton John's "Candle In The Wind 1997" out of its 14-week run at the number-one spot. By the end of 1997, Darren and Daniel had become international stars.

In January 1998, All Around Me, a sixth single, was released just as the band kicked off their worldwide tour in Cairns, Australia. By the end of the year, "Truly Madly Deeply" was the most-played song on U.S. radio and the only one-sided single to spend a full year in the Top 30 of the Billboard Hot 100.

The Animal Song (featured in the Disney film The Other Sister), the first single from the follow-up album Affirmation was released in February 1999 and became a hit in Australia and the US. That September saw the release of a new single previewing their forthcoming album; the smooth, romantic ballad, I Knew I Loved You.

The duo's second album, Affirmation, was released in November 1999 globally. It took a month for it to go platinum in the US, largely due to the success of the single "I Knew I Loved You," which hit #1 on the charts, eventually going platinum and becoming the most-played single on US radio for the year.

Affirmation saw a new turn for Savage Garden; their looks had more similarities to that of mainstream pop and some of their new songs possessed a more adult contemporary sound.

The group finished out the year by winning two Billboard Music Awards: Adult Contemporary Single of the Year and Hot 100 Singles Airplay of the Year.

In February 2000, as Crash And Burn became the third single from their second album, 1997's "Truly Madly Deeply" was amazingly still on the Monitor/Billboard Adult Contemporary Airplay Chart, breaking the record for length of time of any single on that chart. It would finally drop off the chart after 123 weeks.

To The Moon And Back / Affirmation

The Future Of Early Delites CD2