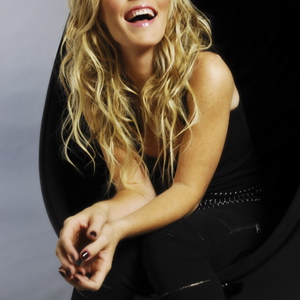 Jennifer Paige, best known for her 90's pop hit "Crush", was born in Marietta, Georgia, United States, September of 1973. Her self titled, debut album was released in August of 1998 by Edel. Her debut album fizzled, with her follow up singles "Sober" and "Always You". After taking a few years off from the studio, Jennifer released her second album, Positively Somewhere, in September of 2001. An album donning a more mature sound and chock full of radio friendly, solid pop-rock, it went virtually unnoticed in the U.

. after its release due to lack of promotion on her label's part. It wasn't until its European and Asian release in the summer of 2002 that it gained notice, thanks to the modest hit "Stranded".

However, her record label refused to release any more singles from the album and later released Flowers: The Jennifer Paige Hits Collection in 2003.
Jennifer's latest album, Best Kept Secret was released in Germany, Austria and Switzerland in April, 2008 by GLOR Music Production GmbH.
Singles: Wasted (Single-Version) and Underestimated

Despite being praised by critics for her wide range of vocal ability - her voice exuding sensuality and soulfulness - and being regarded as one of the most promising up and coming talents at the time.