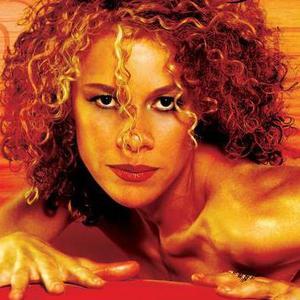 Billie Myers was born on 14 June 1971, in Coventry, Warwickshire, England. Possessing both the introspective nature of Tracy Chapman and the unbridled spunk of Chrissie Hynde, Myers excels at weaving poetic narratives around starkly honest portraits of her life experiences ?reassuringly long on singer-songwriting talent? (The London times). The story of Myers' discovery by record producer Peter Q. Harris (Will Smith) has become one of legend in the music industry.

Possessing both the introspective nature of Tracy Chapman and the unbridled spunk of Chrissie Hynde, Myers excels at weaving poetic narratives around starkly honest portraits of her life experiences ?reassuringly long on singer-songwriting talent? (The London times).

The story of Myers' discovery by record producer Peter Q. Harris (Will Smith) has become one of legend in the music industry. ?I was dancing around being goofy, and Pete came up and said, ?If you sing as good as you dance, we should work on some songs together.? Myers' giggles, ?It's kind of an embarrassing story. Everybody thinks it happened at a strip joint or something, which of course it didn't!? Soon after, Myers entered the studio with world-famed record producer Desmond Child (Ricky Martin, Cher, Robbie Williams). While working on some tracks, Doug Morris, president of Universal Music, dropped by to visit his pal Child. After hearing Myers, he quickly offered the flabbergasted singer a recording deal. ?I was simply lucky enough to be in the right place at the right time? says Myers.

Her debut album ?Growing, pains? spawned the infectious, hit single, ?Kiss The Rain.? Carving out a spectacular niche on airwaves around the globe, ?Kiss The Rain? stayed on Billboard's Top 100 for over six months, reached the top ten internationally and the dance remix became a club-land classic. ?Growing, pains? was certified gold in both the US and Canada.

The success of ?Kiss The Rain? set off a lengthy period of worldwide touring. Driven by a need to entertain, not only perform, Myers astounded crowds with high energy, emotionally driven performances described as ?electrifying? by Rolling Stone Magazin and support slots on tours with Bob Dylan and Savage Garden.

Myers made waves with performances at Lilith Fair, for which she handpicked by organzer and fellow musician, Sarah McLachlan. Her videos for "Tell Me" and "Kiss the Rain" had frequent rotation on VH1 and The Box.

Along the way Myers appeared on numerous television shows including: ?The Tonight Show,? ?The Rosie O'Donnell Show,? ?Good Morning America,? ?VH-1's Crossroads?, ?The List?, and the ?How To...? special. It wasn't long after, that requests for Myers' vocals came pouring in eventually landing her on several TV soundtracks including: ?Dawson's Creek,? ?Melrose Place,? ?The Real World? as well as numerous European programs.

?ber -songwriter/producer Diane Warren asked Myers to lend vocals to her latest gem. The song, ?It All Comes Down to You? was featured on the soundtrack and in the movie of the same name. Myers got a taste of Hollywood while shooting the video with the stars of the movie, Freddie Prinze Jr. and Julia Styles. Myers clearly enjoyed her time during the shoot because it wasn't long before she was acting herself and featured on ?Wasteland? and ?Purpose.?

?Vertigo,? her highly anticipated sophomore release yielded across the board critical praise. Vibe heralded the album stating, ?? She has developed an ear for consistently potent, often provocative lyrics. It's apparent she's weighed every word carefully and the lyrics fuel her performance? leaving you hungry for more.? Co-produced by David Tyson (Tina Arena, Amanda Marshall, and Alannah Myles), ?Vertigo? tackled issues that were even more personal to Myers this time around such as racism, sexism and religious dogmatism. ?Am I Here Yet,? reflected Myers' uncertainty that sudden success brought to the singer. Fans reacted strongly, as did legendary producer/DJ Junior Vasquez who remixed the single into a dance floor anthem and once again Myers found herself at the top the Billboard Dance Charts.

After a four -year break, Myers returned with a pulsating and provocative new record, ?Just sex?. Exploring sexuality with her renowned, often-controversial directness, Billboard magazine declared ?Its delicious verses gambol across a melodic carnival imprint topped only by a chorus so intuitive that one would swear this is a remake of a song heard a thousand times before.? Remixed by Eddie Baez, ?Just Sex? became an instant #10 smash on the Billboard Dance Club Play chart which brought Myers back on stage, where as always, she both stunned and delighted audiences in venues across the U.S. and abroad.

Recently, Myers finished her third studio album, ?Tea & sympathy?. Eluding simple description, it includes collaborations with such highly acclaimed songwriters as Peter Vale, (Lemar, Beverly Knight) Marcella Detroit, (Shakespeare's Sister, Eric Clapton) and Kristen Hall, (Sugarland). While staying true to the expressive vocals and incisive lyrics that have earned her a loyal fan base and ongoing critical acclaim, Myers has broken new ground musically. Working with UK producer Dee Adam, Myers has fashioned a unique collage of sound that intertwines electronica, trip-hop beats, and bluesy guitars around her live acoustic/rock roots. ?I have to confess,? says Myers ?Dee pushed me creatively, to experiment beyond my usual comfort level, but hopefully the end result speaks for itself?

While staying true to the expressive vocals and incisive lyrics that have earned her a loyal fan base and ongoing critical acclaim, Myers has broken new ground musically. Working with UK producer Dee Adam, she has fashioned a collage of sound that intertwines electronica, trip-hop beats, and bluesy guitars around her live acoustic/rock roots.

Honest to the point of painful, Myers pulls no punches as she lays bare, bruising portrayals of her struggles with self worth (?Anonymous?), midnight losses of faith (?Send Me An Angel ...Is God Dead??), infidelity (?You Send Me Flying?), and defeated Hollywood dreams (?Lady Jane?).

The first single, ?I Hope You're Happy Now? is a cathartic ode to an ex- lover. Hitting you where it hurts, lines such as ?Another lover in my bed, wishing you were here instead? express the lonely frustration of an unwanted break- up. Luring the listener with its infectious hook and melancholy melody, its universal relatability ensures the listener feels that they are part of a highly intimate conversation.

Ever self- deprecating, Myers says ?there's even one moment of misguided optimistic romanticism (?Wonderful?) where I wonder what a lover, so seemingly perfect, sees in me but don't be fooled - on ?Not Another Love Song? (written about the same person), the answer becomes clear, NOT A LOT!?.