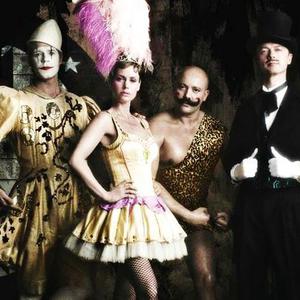 Aqua is a danish-norwegian dance-pop group, best known for their 1997 breakthrough single Barbie Girl. Initially forming as Joyspeed in 1989, the band was renamed Aqua in 1994 and achieved huge success across the globe in the late 1990s and early 2000s. The group managed to top the UK Singles Chart with their first three singles. The group released two albums: Aquarium in 1997 and Aquarius in 2000, before splitting up in July 2001. The group sold an estimated 33 million albums and singles, making them the most successful Danish band ever and the second most successful Norwegian band.

In their prime, Aqua's singles managed to chart top ten in a number of countries where European pop acts would not normally succeed, including the United States, Australia, and Japan. The group also caused controversy with the double entendres in their Barbie Girl single, with the Barbie doll makers Mattel filing a lawsuit against the group. The lawsuit was finally dismissed by a judge in 2002, who ruled "The parties are advised to chill".

The band's members are vocalists Lene Nystr?m Rasted (from Norway) and Rene Dif, keyboardist S?ren Rasted, and guitarist Claus Norreen. During their split, Nystr?m, Dif and Rasted have all achieved solo chart success, and Norreen has continued in the music industry remixing other artists' material.

At a press event on Friday, October 26, 2007, the group announced a 25-concert reunion tour and a new greatest hits album. The tour was to have commenced in the summer of 2008. Offers were received by the record company from locations in Denmark, Canada, United States & U.K. Aqua finally performed 8 concerts around Denmark as part of the "Gr?n koncert" festival. They released their second Greatest Hits album on 15 June 2009, which includes 16 old remastered tracks and three new songs: My Mamma Said, Live Fast, Die Young and their first single in 8 years, Back to the 80s which was released in Denmark on 25 May 2009. The greatest hits CD was released in North America and many European countries on 22 September 2009 and in the UK on 29 September 2009.

Lene told in an interview that the new album is scheduled for Spring 2011. The band confirmed on their official Facebook page that they are currently working in the studio. The band released their new single How R U Doin? on 14 March 2011 and a preview of the song was released on 10 March 2011 on the groups official facebook page.