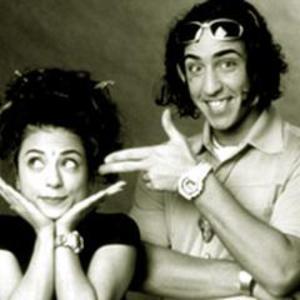 There are four bands with the name Toy Box: (1) a Danish pop group, Toy-Box, formed in the 1990s; (2) a post-grunge alternative metal band, Toy Box, from Ontario formed in 2004; (3) a UK glam-rock band, Toybox, based in Northampton and Brighton; (4) a US rock band based in Tempe, Arizona. (1) Toy-Box (http://www.toy-box.dk.tp) is a Danish pop group formed in the 1990s. It consists of two members, both vocalists: Anila Mirza and Amir El-Falaki. Anila was born October 8, 1974 in Hiller?d, Denmark to a half-Pakistani, half-Persian mother, and an Indian father.

(1) Toy-Box (http://www.toy-box.dk.tp) is a Danish pop group formed in the 1990s. It consists of two members, both vocalists: Anila Mirza and Amir El-Falaki. Anila was born October 8, 1974 in Hiller?d, Denmark to a half-Pakistani, half-Persian mother, and an Indian father. Amir was born August 12, 1973 in Copenhagen, Denmark. In 1999, they had some success in the Scandinavian music charts with a bubblegum pop song from their album Fantastic, named "Tarzan & Jane". Toy-Box's first album, Fantastic, included the hits "The Sailor Song", "Best Friend", "Super-Duper-Man", "Teddy-Bear" and "Tarzan & Jane". It was released in September 1999 and followed in 2001 by a second album, Toyride, which included fan-favorite songs "Www.girl", "Prince of Arabia" and "Wizard of Oz". The group has broken up. Amir is working as a dance teacher, music video choreographer and trainer to F.C. Copenhagen's cheerleading team. Anila changed her name to Aneela and began a solo career.

(2) Toy Box (http://www.myspace.com/toyboxmusic) is a post-grunge alternative metal band from Ontario, Canada, formed in 2004 by Deriek Simon (lead vocals, guitars), Carmine Mallia (drums, percussion), and Duncan McIlroy (bass, vocals). After touring across Canada in 2004?including performances at Edgefest, sharing stages with Finger Eleven, Thornley, Idle Sons, Scratching Post, Swollen Members, Rascals, and Clarknova?Toy Box rolled into the Voodoo Records studios, Canada's hottest independent label, to create a full length album. Their onstage energy is immediately addictive to anyone who has had the opportunity to catch a live performance. Likewise, this energy and massive sound has been captured in their debut album The Assasination Of... released in the fall of 2007. Beautifully crafted, poetic lyrics, razor sharp guitar riffs, groovy bass lines, beefy drum beats that would make John Bonham proud. This has been contrasted with string and piano arrangements delicately placed throughout to form a dramatic backdrop for vocals so powerful and intense your brain begs for more.

(4) Toybox (http://www.myspace.com/toybx) is a US rock band based in Tempe, Arizona, consisting of Yohei (Vocals, Bass), Naoto (Guitar, Vocals), and Celica (Drums). To date, they have released one EP called "Five Seconds To..." and a full length album titled "Stay Alive". Both can be found on iTunes. (6/06/11)