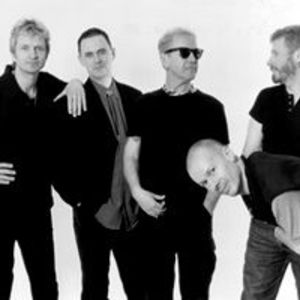 Oysterband (or The Oyster Band, as it used to be) are one of the few outfits still burning with the fire of punk, but managing to combine it with the ideals and knowledge of English folk music - a balancing act they've made into a fine art over the years. And they have deep roots in the U.K. folk scene, emerging from both the Whitstable Oyster Co. Ceilidh Band, which formed in 1975, and Fiddler's Dram, a group put together in 1973 by Dave Arbus, whose fiddle work had graced releases by East of Eden and The Who.

Prosser, Telfer, and Taylor were also in Fiddler's Dram, whose moment of fame arrived in 1979 with the British hit single "Day Trip to Bangor" - released after they'd split up. They reconvened for a last album when Kearey joined them. He also became part of the band's alter ego, the roots-oriented Oyster Ceilidh Band, as they'd now become. With Fiddler's Dram no longer extant, the members put their energies in the newly renamed Oyster Band in 1981, playing gigs around England and self-releasing albums on their own Pukka label.

The band returned in 2003 after the longest recording layoff of its career with Rise Above, which included eight originals and two English traditional numbers, and featured the work of Irish piper James O'Grady throughout.

In 1990, the band collaborated with renowned folk singer June Tabor for the album Freedom and Rain and a tour.

Diamonds On The Water

The Oxford Girl And Other Stories

The Shouting End Of Life