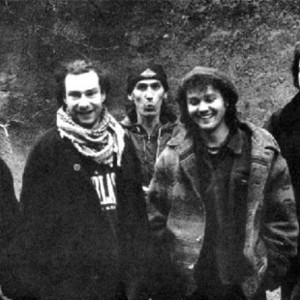 The Levellers are a popular English rock band influenced by punk and traditional English music. They are based in Brighton, England where they were founded in 1988. There are several stories regarding how they got their name; from the Levellers, a radically democratic faction of Oliver Cromwell's New Model Army; as a reference to "The Level", a flat open space near where members of the band used to live in Brighton; or simply, according to guitarist, Simon Friend, a word they chose from a dictionary.

Strongly interested and outspoken about green anarchism issues the band have built up a strong and devoted fanbase, despite being nearly universally ignored by mainstream critics. The band have been spokespeople for a number of issues including campaigning against the Criminal Justice Act (and its measures against rave parties) and various anti-capitalist and environmental issues. They continue to tour extensively around Britain and Europe but maintain a mutual dislike with the music press which stems from their early days.

Static On The Airwaves

Letters From The Underground