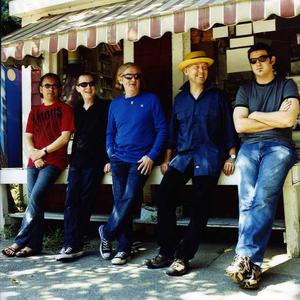 There is a special place in rock 'n' roll mythology reserved for that rare phenomenon, the people's band. The Grateful Dead, The Faces, Status Quo and Bruce Springsteen during his years as leader of the E Street Band are examples which define the breed: performers who have established a special relationship with their audience irrespective of marketing budgets and media approval, and for whom the dictates of fashion are broadly meaningless. The Saw Doctors are the latest in this strangely noble line" - The Times

"One of the Great Live Bands"
Chris Evans, BBC Radio 2

"The Saw Doctors are the very definition of the people's band." - Q Magazine

"The band's formula can best be described as one part Creedence, one part Hootie, and one part Irish Historical Society" - Rolling Stone Magazine

"One of the world's most appealing roots rock outfits." - Washington Post

The Further Adventures Of...

To Win Just Once The Best Of The Saw Doctors