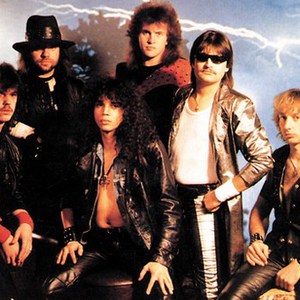 Ostrogoth is an early heavy metal band from Belgium that formed in 1976. After having recorded an EP they were invited to a local radio show called Domino which was broadcasted on Saturday evening. Two of the four songs off the EP went on air and the next day they got a phone call from Mausoleum Records saying that they would cover all recording expenses and give them a contract for the EP which the band accepted.

During their career Ostrogoth got to play with bands like Def Leppard, Loudness and Manowar twice. The last line-up included guitarist June Martins from Brazil and bassist Sylvain Cherotti. They did some gigs, released their last album and there were plans to go on tour in Germany and the USSR. Due to problems with visa documents for June it never happened and eventually the band was put to rest in 1988. Mario, June and Sylvain formed Hermetic Brotherhood and released one album and did a few shows before calling it quits. Peter recorded two albums with his band Mystery. Rudy Vercruysse didn't play for five years before forming Run 4 H, a band playing covers by bands like Deep Purple, Manowar and AC/DC.

Full biography and other Ostrogoth related stuff can be found at their offical website, www.ostrogothofficial.com.