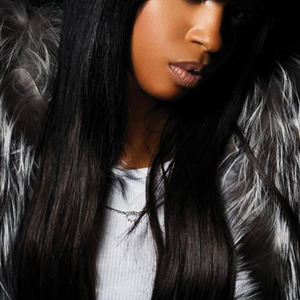 Mashonda Tifrere-Dean, professionally known just as Mashonda, is an R&B singer signed to Full Surface/J Records, which her husband of 4 years, Swizz Beatz, has a partnership with. She was born in Massachusetts and raised in Harlem, New York. She is a labelmate of Cassidy (her husband runs the label; Full Surface Records) and is featured in his song "Get No Better" from his 2004 album Split Personality. She is also featured on Fat Joe's song "Listen Baby" from his 2005 album All Or Nothing.

Born in Cambridge, Massachusetts, but raised in Harlem, N.Y., Mashonda's vocal coaching began at the tender age of 7, in church, where most legendary voices are honed. Urged by her godmother, who saw in her a precocious love for music, Mashonda dedicated a substantial amount of her time as a teen to piano lessons and poetry writing. She gained some exposure in high school from joining a few different singing groups, but it wasn't until a meeting with renowned hip hop/R&B writing team Full Force (Backstreet Boys, Britney Spears) that her music career truly took off. Under Full Force's tutelage, Mashonda co-wrote songs for artists Yvette Michelle and Monifah, which, in turn, led to a publishing deal. Soon after, the budding singer/songwriter partnered with rapper Lady May to form Desert Rose, and signed a short-lived deal with Deric "D Dot" Angeletti's Crazy Cat/Columbia Records. The duo split from the label before releasing an album, and Mashonda soon realized her destiny was to go her own way, much like her idols Mary J. Blige, Sade, Faith Evans, and Toni Braxton.

In 1998, one of hip-hop's most influential beatmakers, Swizz Beatz, recognized Mashonda's talent and took her under his wing, giving her the opportunity to write some of the catchiest hooks in recent urban music history (Eve's "Gotta Man;" Jay-Z's "Girl's Best Friend"). He also featured her on chart-topping hits like Mya's "Best Of Me" and Cassidy's "Get No Better." The key to their relationship? The most fundamental of elements: chemistry-both personal and professional. "We were able to create a very distinct sound," says Mashonda. "He made gritty tracks and I would get on them and make them pretty, bringing out the melodies. Once we did that, everybody wanted one of those. So that's where it all started." Ever since, the two have been conceptualizing January Joy, her long-awaited debut on Swizz Beatz's Full Surface/J Records imprint.

January Joy is a perfectionist's work of art m?lange of up-tempos, mid-tempos, and ballads that marry hip-hop's street tendencies with R&B's softer sensibilities. "I didn't have a timeline or deadline, so I was really able to get into it and be extra picky with every track and every lyric that I wrote," says Mashonda.

"January to me is the genesis of music for myself and for all my listeners," says Mashonda of the album's title. "It's the first month of the year and it's when everyone makes their resolutions. It's a fresh start, a new feeling, and that's what my music is. I'm also a January baby," she adds with a smile. Here's to new beginnings, and re-introductions.

Her debut album, January Joy, was released in Japan only. Scheduled for a U.S. release in early 2005, the project was postponed, due to a lack of strong radio response to her first two singles, "Back of The Club" and "Blackout" featuring Snoop Dogg. Mashonda is currently in the studio, working with A-List producers. Confirmed producers on the project are Swizz Beatz, Scott Storch and Rich Harrison.

She is married to famed hip hop and R&B producer Swizz Beatz. On a statement released to SOHH http://www.sohh.com/articles/article.php/9964 on October 11,2006 Swizz Beatz and his wife Mashonda are have their first child together.