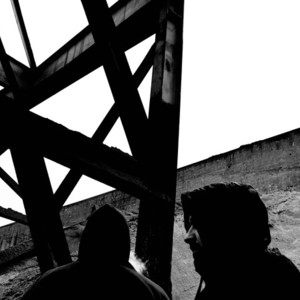 Lulu Rouge is one of a kind on the Scandinavian electronic music scene. Not because Lulu Rouge has been around for many years, but because the two young men in Lulu Rouge have both been crashing clubs for the last decade. Lulu Rouge is DJ T.O.M. and Buda, two of the most respected DJs and producers on the Copenhagen scene. DJ T.O.M has been Trentem&oslash;ller's partner for many years, touring around the world in nearly every major club you can think of. But he is more than just the music. T.O.

has recently established the ArtRebels online network community with focus on design, art and music culture. T.O.M is currently also part of Bobi Brothers out now on Kickin Music (UK).

Buda has been producing and djing ever since you can start thinking club culture in Scandinavia. Buda has blessed artists such as Bliss, Laid Back, DJ Disse, Ganga, Telepopmusik, Phil Mison, Sergio Mendes, Cirque de Soleil and The Beatles with his production skills. In reality Buda's nickname is BudaBanzai as he was 1/3 of the groundbreaking chill-out band Banzai Republic, who released the outstanding album ?This is where the Fun Starts early in the Day,? Music for Dreams. The album featured artist contribution by Natasha Atlas, Al Jerreau, Bukka White, Palle Mikkelborg and Cesaria Evora.

Now the two DJ souls and producers have joined forces to create one of the most interesting and refreshing sounds coming from Scandinavia. Their debut album Bless You was released in 2008 and has been highly praised in both national as well as international music communities for its dark atmosphere. Its deep dubbed chill with a love for the meeting between Basic Channel and Massive Attack. And while we are at it: Buda has just released ?Gamma? (out on Kickin Music) in collaboration with Trentem&oslash;ller, and releases with his other projects Klovn, Run Jeremy, Vildtand are out now.

The Song Is In The Drum