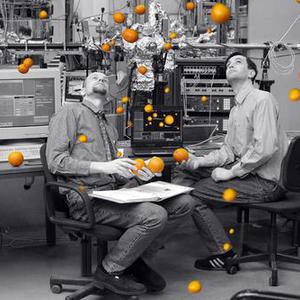 Monolake was formed in 1995 as the duo of Gerhard Behles and Robert Henke, although on later albums the group consisted of Henke alone, with Behles focusing his time on running the Ableton software company. Their sound can generally be described as minimal techno filled with nice touch of fine tech dub, although the 1999 Gobi. The Desert EP, which contains a single 37-minute atmospheric piece, is a notable exception. Monolake first released an album and several 12"s on Berlin's Chain Reaction label, then on Monolake/Imbalance Computer Music, which is operated by Robert Henke.

2005's Polygon_Cities is the result of a collaboration between Henke and Torsten "T++" Pr?frock, who is now an "official" member of Monolake.